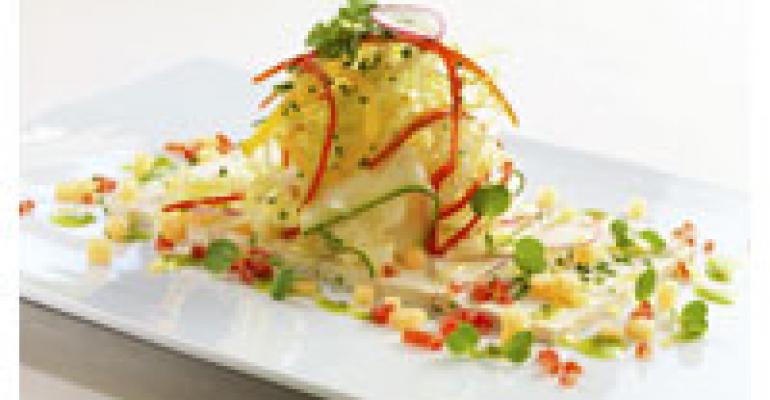 Vegan in Vegas? Go to Wynn

Every restaurant at Wynn¹s two plush resorts, Wynn and Encore, now has several vegan choices on the menu. And, as one would expect at luxury-level resorts, we¹re not talking tofu hot dogs and portobello mushroom burgers here. The chefs actually put some thought into the selections, which include:

• Decadent desserts such as blueberry cobbler with toasted almond ice cream (presumably a soy version of ice cream) at Sinatra and banana crepes with coconut ice cream and avocado mousse at Switch provide a sweet close to any meal.

Prices will reflect the high standards at the two resorts; a tofu carpaccio appetizer at Switch menus for $14, while a three-course vegan tasting menu at the Michelin-starred Alex will fetch $80.

Executive chef David Snyder downplays the significance of the new policy and points out that many of the two resorts’ restaurants had already made accommodations for vegans. Observers have suggested that the change reflects the personal dietary habits of Steve Wynn. That might be the best explanation for why two large upscale resorts in a decidedly mainstream market would cater to such a tiny demographic (less than one percent of Americans identify themselves as vegan, while 3.4 percent say they’re vegetarian).