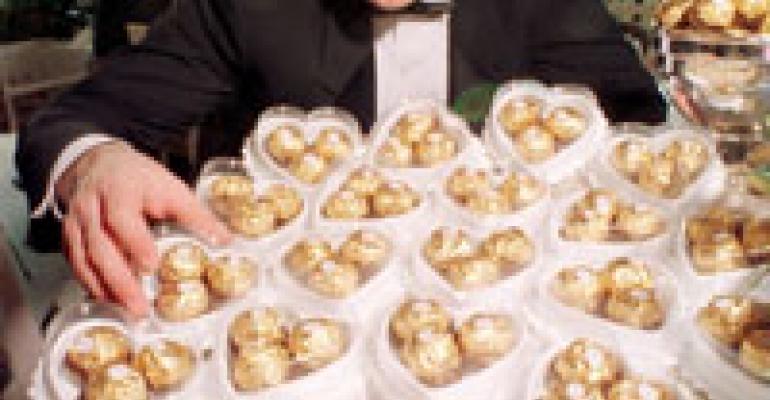 Money Talks in Tavern on the Green Lease Deal

Wondering why savvy restaurant world stars like Danny Meyer and Commander’s Palace Ti Martin dropped out of the running to take over Tavern on the Green? Now that we know who won the iconic and high-grossing New York City restaurant—Dean Poll, who runs the decidedly less-iconic Boathouse on the other side of Central Park—and what was involved in the negotiations, we can see why they did. And speaking of negotiations, it turns out Poll will have to endure many, many more of them before he gets to sign the lease he has nominally “won.”

Remember all the talk about restoring Tavern on the Green to a world-class restaurant when the lease competition was first announced? In the end, all the talk of a “culinary rebirth” for Tavern on the Green went by the wayside, the victim of sharp-elbowed business tactics. Here’s how the New York City Parks Department, which controls the restaurant, spelled out the reasoning behind its decision.

“Mr. Poll’s proposal was selected for its imaginative business plan, solid financial backing, substantial capital improvement and a design and renovation plan that respects the historic elements of the original structure and integrates the restaurant within the natural park setting.”

Translation: the highest bidder won. Poll said he will invest $25 million in the restaurant’s physical plant, which seasoned restaurant owners will tell you is a staggering amount to recoup over span of a 20-year lease. Under its current management, Tavern on the Green pays 3.5 percent of its gross revenues to the city. Poll pays 16 percent off the top at the Boathouse. He isn’t saying what percentage he’ll pay at Tavern on the Green, but told Crain’s New York that “the contract won’t be much different from the Boathouse contract.”

Numbers like this made the proposition too rich for other competitors. “It was tempting,” Martin told the New Orleans Picayune. “But at some point you have to use your head and do the math and say, ‘this could be fun, but we still need to make money on it.’”

Poll will need to make money, too, a task that might be harder if he can’t call his restaurant Tavern on the Green any more. Current leaseholder Jennifer Leroy, whose family ran the place for the last 33 years, wants a cool $19 million for the rights to that name. “There are pros and cons to keeping the name,” Poll told the New York Post. “A new name is fresh, and an old name has history.” It will be interesting to see which route Poll chooses to go; both options seem problematic.

That’s if he gets to actually operate Tavern on the Green. It turns out that, press release language notwithstanding, winning the bidding sweepstakes doesn’t get him the keys to the restaurant. What Poll actually did was submit the highest-rated proposal in response to the Parks Department’s RFP. Now the deal is “subject to the successful completion of contract negotiations and other required review and approvals.” That means negotiations with the Parks Department, other governmental units of New York City, the powerful Central Park Conservancy and Local 6 of the Hotel, Restaurant and Club Employees and Bartenders Union, the force behind Tavern on the Green’s way-beyond-the-norm labor costs. All will have demands.

Poll will also have to come up with the $25 million in up-front money to refit the restaurant in the manner his proposal suggests. That would be a tough loan to get in any economic climate, let alone this one. Poll told Crain’s he has “secured a bank loan.” Let’s hope so. As for his culinary aspirations for Tavern on the Green, little information has emerged.

If it all falls into place, Poll will take over as operator at the end of the year. As for now, the meter is running, and no restaurant operator in the country is going to have a busier schedule this fall than Dean Poll.