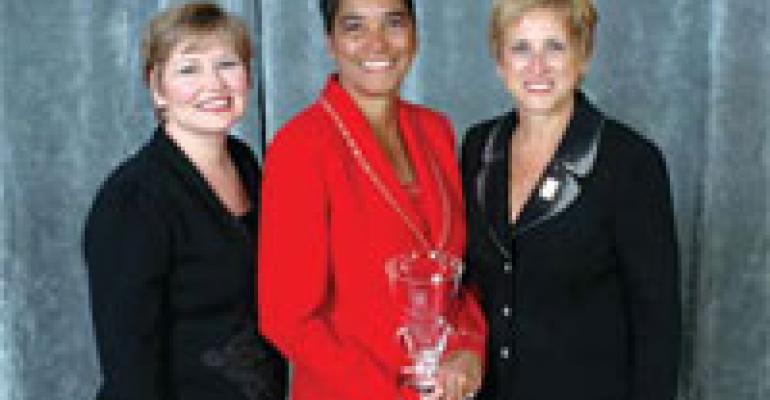 The 2008 edition of the Women's Foodservice Forum Annual Leadership Development Conference provided an abundance of energy and inspiration to members from across the country who gathered at Washington, DC's Gaylord National Resort & Convention Center earlier this spring. Attesting to the high quality of conference programming, it's worth noting that of WFF's 3,700 members, fully 3,000 attended the conference.

That programming was designed to assist members in their professional growth no matter which career track they were currently on: entrepreneur, emerging leader, emerging executive leader or executive. Attendees also received words of wisdom and tips from keynote speakers Bertice Berry and General Colin Powell.

During the conference, the group handed out its three most prestigious awards.

The WFF Trailblazer Award went to Roz Mallett, president and interim c.e.o. of Caribou Coffee. Robin Robinson, a regional director for Chili's Bar and Grill, took home the WFF Leadership Award, an honor previously known as the “WFF Emerging Leader Award.” And Joy Wallace, president and c.e.o. of J.O.Y. Foods, Inc. was the recipient of the WFF Entrepreneur of the Year award.