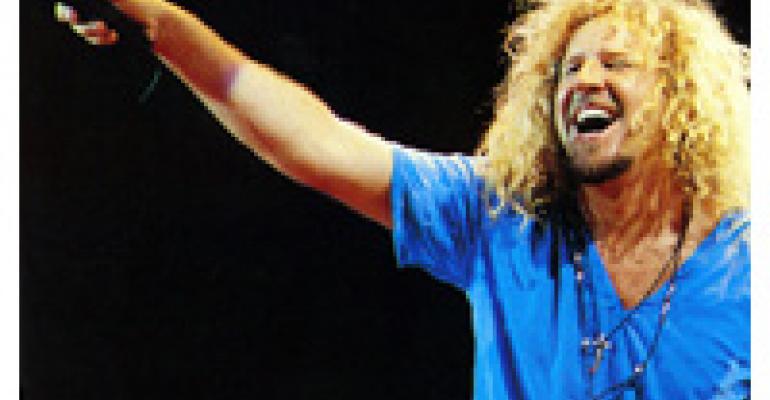 Sammy Hagar can’t drive 55 and, apparently, he can’t sit still, even at the age of 62. The rocker, restaurateur and tequila aficionado is teaming up with Food Network star chef Tyler Florence to open a new restaurant in their hometown of Mill Valley, CA. The two have signed a lease to take over El Paseo, an ivy-cored brick restaurant built in 1948.

Scheduled to open next month under the same name, the restaurant’s menu, created by Florence, will offer rustic American fare. It’s a departure from El Paseo’s previous menus, which leaned toward French and French with an Asian accent. “It will be fine dining in a rustic setting,” says Hagar, who rose to prominence as the lead singer for Van Halen, for which he was inducted into the Rock ’N‘ Roll Hall of fame in 2007.

Florence told the Marin Independent Journal recently that El Paseo would be like Chez Pannisse, “but American rootsy, rustic.” He and Hagar plan to also open a bakery within the restaurant, which seats 100 inside and 40 out.

Hagar is owner of the Cabo Wabo Cantina in Cabo San Lucas, Mexico. Another unit will soon open in Las Vegas as well. He also owns Sammy’s Beach Bar & Grill in St. Louis and is the founder of Cabo Wabo Tequila.