/sites/all/themes/penton_subtheme_restaurant_hospitality/images/logos/footer.png
Recent
Recent
Death of Los Angeles chef and restaurateur Mark Peel mourned by culinary community
Jun 22, 2021
The Power of Chefs: How Leaders in the Kitchen are Helping to Change the World
Jun 22, 2021
Here’s what operators should know after this first round of the Restaurant Revitalization Fund
Jun 18, 2021
The restaurants that sued the SBA for discrimination received almost $1 million in Restaurant Revitalization Fund grants
Jun 17, 2021
Sick of no-shows? OpenTable to offer ‘four strikes’ policy that could ban unreliable guests
Jun 17, 2021
Featured
8 new restaurants we’re dying to try: Summer ’21 anticipation edition
May 25, 2021
This delivery co-op will let restaurants own a piece of the profit
May 24, 2021
Tiffany Derry and Tom Foley plan a fried-chicken concept for underserved communities
May 20, 2021
After a pandemic pause, Ani Ramen House is shifting to rapid growth mode
May 20, 2021 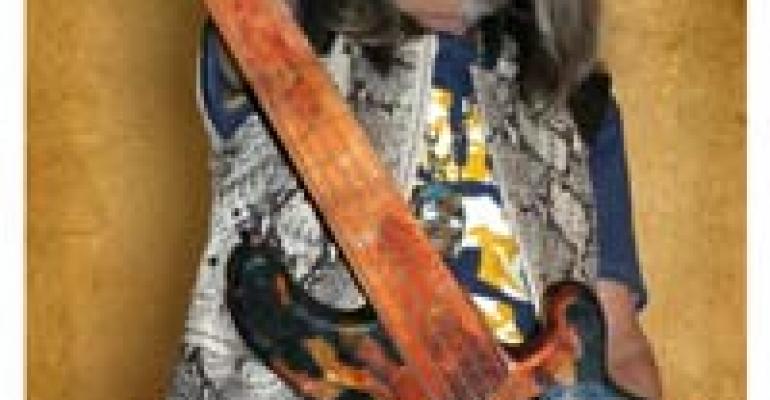 Rolling Stone: Late to the Party?

Well after brands like Hard Rock Café and Planet Hollywood have the music-themed dining landscape covered, Rolling Stone magazine has recently decided to extend its brand to the restaurant niche. The publication plans to open its first Rolling Stone restaurant (catchy name) during the summer of 2010. The 10,000-square-foot site near Hollywood’s Kodiak Theatre—home of the Academy Awards—will be developed by Lucky Rug Group.

To avoid any me-too accusations, the developers promise that the menu will be more upscale than Hard Rock’s, focusing on American and California cuisine with some Mexican touches, and the interiors will sport a sleeker look. The company is aiming for a slightly more upscale target customer than the typical Hard Rock client.

“We don’t want it to be a museum. We won’t have Elvis costumes on the walls,” one of the developers told the Los Angeles Times. The two-tiered venue will include a restaurant and bar on the top level and a more exclusive lounge on the lower level. The lounge will be available for corporate events.

Rolling Stone executives deny that an ailing publishing business is motivating the move into foodservice. But as anyone who owns a restaurant knows, this business is no picnic right now, either. Rolling Stone did not release any information about its expansion plans.