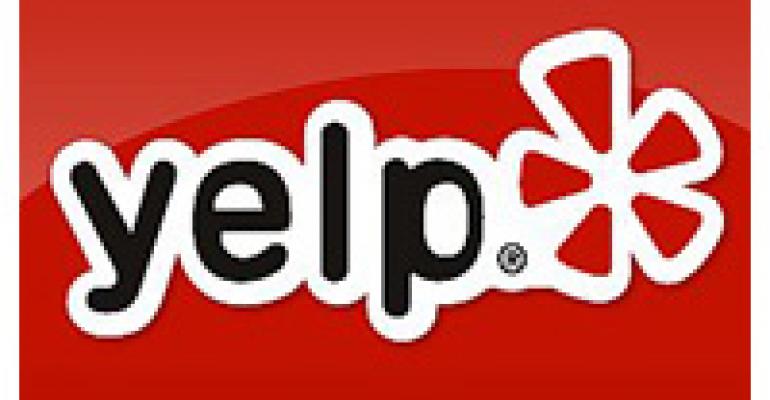 Some of you may view online restaurant rating sites as helpful entities that capture word-of-mouth and accelerate its benefits by disseminating it online. Others think of them as rogue entities looking to sabotage their business unless, in on case, they pay them a fee and play along. Still others may simply be grateful for the blizzard of patron feedback these services provide, negating a need to hire a secret shopping service or bother with comment cards. But whatever you think of Yelp, Chowhound and Zagat, give a listen to what their representatives say in public about how they relate to restaurants.

The title—“community manager”—sounds innocuous, but the power wielded by the people who hold this position at online restaurant rating services like Yelp and Chowhound is huge. Which is why a packed house of food publicists and trade magazine editors paid close attention when speakers from these two sites, plus an editor from Zagat (now also primarily an online venture) and PBS television rating show Check Please! appeared on a panel in San Diego last week. Here are a few highlights from their presentation.

First up was Jacquilynne Schlesier, community manager for foodie-centric Chowhound.com. This website, long been a destination for those who wanted to discuss restaurants, only recently began to post actual ratings. Schlesier made the case that sites like Chowhound “help small restaurants more,” because they level the playing field between mom-and-pop operators and large chains. She also mentioned that the site’s research shows that people who post on Chowhound.com eat out more frequently after becoming Chowhound members.

That’s good news for restaurant operators, but potentially more troubling was her statement that “We know one public relations firm that has an intern come in two days a week to post fake reviews on Chowhound and Yelp.” This remark underlines operators’ worries that some voices in the anonymous online community post with considerable bias, often to the detriment of targeted restaurants.

But there’s value in those negative reviews, said Ruggy Joesten, community manager for Yelp in San Francisco, that site’s largest local market. They enable operators to become aware of what he dubbed the “community of customers” think of their restaurant, and to find out about troubles with food and service fast. Prior to the arrival of sites like Yelp, he said, it required a great deal of effort to gather even a portion of the information operators can now access with the click of a mouse.

Yelp’s mission is to “connect people with great local businesses,” Joesten said, noting that 85 percent of all reviews posted on Yelp are positive, which he defined as 3 stars or above. Still, with more than seven million reviews per year appearing on Yelp, that means more than one million negative ones are floating around on the site at any given time.

That’s a scary number to any restaurateur. Which may be why Yelp’s salespeople try to convince restaurant operators to pay Yelp a few hundred dollars each month so as to move those negative reviews down the list, so they appear where few Yelpers would actually see them. Joesten did not address Yelp’s sales effort to restaurant owners during his presentation.

Presenter Gretchen Kurz had a dual perspective on the topic of restaurant reviews, online and otherwise. She has jobs as both the editor of the San Diego edition of the increasingly online Zagat Survey (“I often completely disagree with Zagat community of reviewers but, as editor, I make the comments selected for print or online reflect the restaurant’s score”) and restaurant critic for Orange Coast magazine. She told the group “food still sells a lot of magazines, including on newsstands,” she said. “Print might be considered an old format, but it’s still growing.”

Growing too slowly for most operators’ liking is Check Please!, a PBS restaurant review show founded in Chicago in 2001. Its format calls for three citizen reviewers to visit a designated restaurant, with their post-dining commentary interspersed with extensive video coverage of the restaurant in action. The show is so popular that creator and executive producer David Manilow said between 25,000 and 30,000 people have signed up online in hopes of being a reviewer on the show.

The format has its merits. “We cover the entire experience, not just the food,” Manilow said. “Check Please! expands customers’ comfort zone more about going to a certain restaurant, and it helps people articulate their expectations about restaurant dining.”

Restaurant operators will hope that a version of this show, which has already expanded to San Francisco, Miami and Kansas City, comes to their town soon. Check, Please! covers restaurants that have been around for a few years, eschewing the hot new restaurant of the moment that is typically the focus of a restaurant review. And, better, no matter what the citizen reviewers say about a restaurant, a show’s subject will be the beneficiary of what has come to be known as the Check, Please! effect: a huge and enduring bump in business.

Yelp, Chowhound and Zagat aren’t going away, and they will continue to test the theory that there’s no such thing as bad publicity. But in the meantime, pray that Check, Please! pays a visit to your place soon.