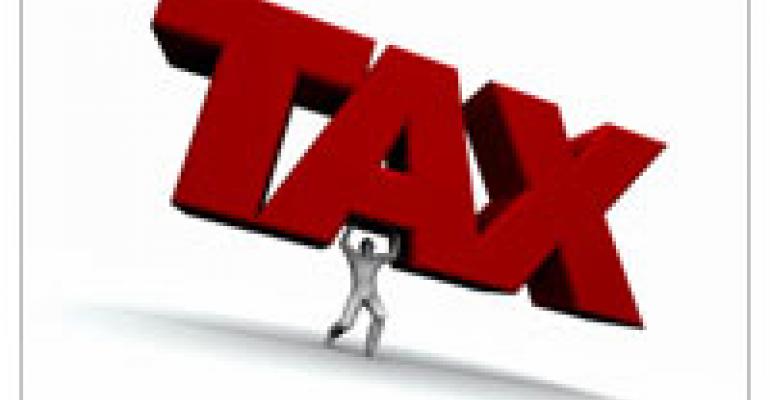 Cash-strapped Haverhill, MA, wants to be the next Massachusetts city to tack a 0.75% local sales tax on restaurant meals on top of the just-increased 6.25% state rate. Few citizens support it, except for the bureaucrats whose budget-balancing chores would become incrementally easier. Will other states adopt this restaurant business-depressing tactic?

Massachusetts raised the statewide sales tax on restaurant meals from 5% to 6.25% in 2009, giving municipalities the option of imposing an additional 0.75% local meals tax if they so desired. So far, 73 cities, including Boston, have done so. Plymouth has been the only city to put the question to voters; they turned the tax down by a 4-1 margin in the same election that saw Republican Scott Brown defeat Democrat Martha Coakley for Edward Kennedy’s senate seat.

Supporters claim the tax is a miniscule amount restaurant customers won’t even notice. Opponents say the tax adds up, amounting to $50 for a family of four over the course of a year. Restaurant owners generally oppose it, fearful that they will lose business to restaurants in nearby cities that don’t have a local tax if their city adopts one. They also worry that approval of an initial local option meal tax will soon be followed by increases to it.

The tax certainly creates a windfall for the cities that impose it. To date, revenues from the Massachusetts meal tax, which flow directly to local coffers, have exceeded projections. Estimates pegged Boston’s take at $1.4 million a month, but it took in more than $1.5 million in just the first month, The city of Medford garnered $42,760, double what it had expected to receive. In Haverhill, mayor James Fiorentini already has his heart set on the revenue a local meals tax could provide. Here’s his line from his 2010 state of the city address: “We need to start by implementing a local option meals tax to bring in $400,000.”

There’s no corresponding service windfall, however, for restaurant operators or their patrons. All revenues raised by a meal tax go straight into the municipality’s general fund.

If you live in a city where elected politicians are struggling to find operating funds, keep an eye out for a proposal like the one in Haverhill. Restaurants are an easy target, and your town could be next.