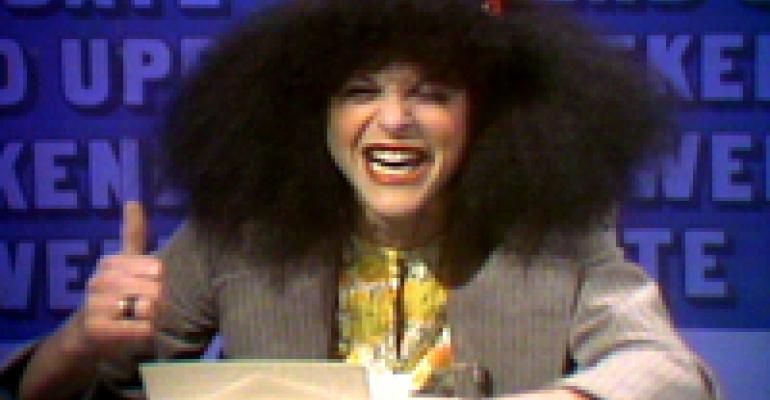 The Restaurant Business: It's Always Something

It looks like whatever damage soaring energy prices and the real estate bubble didn’t do to the full-service restaurant business this spring and summer, fallout from the near-meltdown of the financial system will do this fall and winter. But if a recession will reduce demand for restaurant meals—that’s what the restaurant chains that participated in the recent RBC Capital Markets Consumer Conference see on the horizon—how come food costs are predicted to take such a big jump next year? Where’s the law of supply and demand when you need it?

Most chains forecast that sales in the third and fourth quarter of calendar 2008 are going to be lower than expected, with Buffalo Wild Wings being the exception. All the others—companies that ranged from a big Burger King franchisee and Starbucks on the low end of the menu price scale up to Ruth’s Chris, Morton’s and McCormick & Schmick’s on the high end—touted the various strategies they’ve come up with to weather the storm.

The best thought came from Darden. The casual dining giant noted that its internal research has found that customers average seven restaurants in their personal dining “rotation” and that Darden’s big focus is on staying in that rotation. In other words, the old line about how much more expensive it is to acquire new customers than to retain old ones should guide much of what any restaurant operator does over the next year.

But you’ll have to keep a sharp eye on your food costs while you’re keeping those customers happy. A panel of commodity experts at the RBC event warned of price spikes on key protein items in 2009.

Beef is forecast to go up between five and eight percent in 2009, said panelist Mike Miller, c.o.o. of Cattle-Fax. Ground beef should be up eight percent, while choice beef will climb between three and five percent and less-expensive select beef will increase between four and six percent The cause: smaller U.S. cattle herds—ranchers sold off large parts of their herds this year rather than feed them expensive grains—and an increased volume of beef exports next year. Domestic beef prices should climb even higher in 2010, 2011 and 2012, Miller said.

Chicken prices should climb between five and eight percent also, panelists noted. They expect wing and dark meat prices to remain flat, with chicken breasts seeing most of the upward price pressure. The outlook for pork pricing is more favorable for restaurant operators: flat to slightly down.

As it was this year, corn will be the wild card for food prices. The reason: mandates that will divert 4.1 billion bushels to ethanol use. The panel pointed out that corn prices hit record highs this year, even though the U.S. produced the second-largest corn crop on record: 12.5 billion bushels. Bad growing weather next year could play havoc with corn prices again.

On the other hand, the current price trends for many grains and oils have turned favorable. Which is good news for operators, who have seen food costs soar over the past year. The National Restaurant Association’s senior v.p. of research Hudson Riehle reports that wholesale food prices have increased 7.8 percent year-to-date through August, after climbing 7.6 percent in 2007.

“This is the most challenging environment for restaurant operators regarding food price inflation on the wholesale level for almost 30 years,” he told the Associated Press yesterday. He pointed out that beef and veal prices have gone up roughly 19 percent in the past year, while chicken prices had increased 3.5 percent. Throw in the projected price hikes for next year and you’re looking at some formidable food costs for proteins.

All of this would not a problem if restaurant operators could pass these increases along to customers. They haven’t been able to so far—menu prices are up only 4.2 percent through August—and it doesn’t seem likely they will in the future. Customers, already predisposed to bargain hunting, will become even more discriminating until the economy turns around. How well your restaurant adapts to this customer mindset will decide its fate.

But at least customers will still be going to restaurants. NPD food trend expert Harry Balzer points to an ever-growing number of Americans who value convenience over everything else, no matter what. Could it be that they would now cook more at home and eat out less frequently at restaurants? “It’s not going to happen,” Balzer said last week. “I just can’t get any negative numbers yet. We’re using restaurants the same, not more.”

Which is to say, if you can meet your customers’ value expectations, they’ll keep coming back. That’s probably the best you can hope for in the current economic climate.