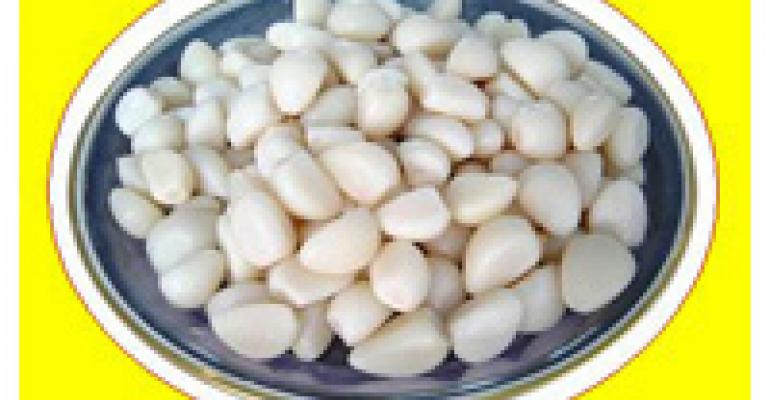 If you go by recent studies, restaurant operators are eager to put more fresh produce on their menus, to source that fresh produce as close to home as possible and to be sure the produce they serve is totally safe—even saying they will pay extra to ensure that it is. So how come more than 60 percent of the garlic used in foodservice comes from China, where U.S.-style food safety standards are only a rumor?

You’re in luck if you’d like to see more fresh produce appear on U.S. restaurant menus. The people who can make it happen are on the case. A new coalition consisting of the Produce Marketing Association (i. e., growers and packers), the National Restaurant Association and the International Foodservice Distributors Association has set a goal of doubling the use of fresh produce in foodservice by 2020.

If anyone can get the job done, this crew can. They began their work earlier this year by analyzing the current situation from two different angles. First, they convened an all-industry think tank to discuss the forces working for and against increased produce use. A rough take on their recommendations: the produce supply chain needs to figure out what produce items restaurants want grown, and where, and then deliver it to them in as safe a condition as possible. The restaurant industry is already on board with the rest of the fresh produce story, particularly its health benefits and high ranking on the sustainability front, not to mention the inherently low food costs of these nonprotein items.

This qualitative study was followed by a quantitative look at restaurant purchasing via a survey of 500 restaurant operators. Among the findings: restaurants will pay more for produce that’s guaranteed to be safe.

Here’s how the news release about the survey spelled it out.

Together, these studies send a clear signal. But the anecdotal experience of Gilroy, CA-based garlic supplier Christopher Ranch says that produce-buying behavior, at least in its market, doesn’t reflect the survey’s findings. Rather, the company claims that 60 percent of the garlic U.S. restaurant operators use is produced in China, where traceability and adherence to quality and food safety standards are haphazard at best and, in several well-documented instances, fatal at worst.

The Christopher Ranch people don’t get it, because they drop a bundle to meet the strict demands of ongoing quality assurance audits conducted by outside firms. Yet the same operators who say they want safe products will turn around and buy Chinese garlic. The price difference to the operator: about one-half cent less per meal.

The company argues that if operators bought all their fresh produce from domestic suppliers, product safety concerns and traceability would almost be a moot point. “Unfortunately,” says company sales director Jeff Stokes, “these same standards do not apply to the glut of imported food products that are entering the U.S. from China and other unmonitored countries. Operators purchasing imported products that do not have U.S. government-mandated safeguards risk customer safety.”

We hold no brief for either party in this dispute and we note that Stokes has an axe to grind on this issue. Yet it’s hard to argue with his point. Given that operators say they want to menu more fresh produce and have it be as safe and as traceable as possible, and given that massive damage inflicted by any contaminated produce incidents, you’d think operators would be eager to opt for the safest product with the shortest supply lines, especially when the price differential is so minimal. That they don’t means that the product coalition might have a lot more work to do to double produce use by 2020 than its think tanks and surveys have indicated so far.