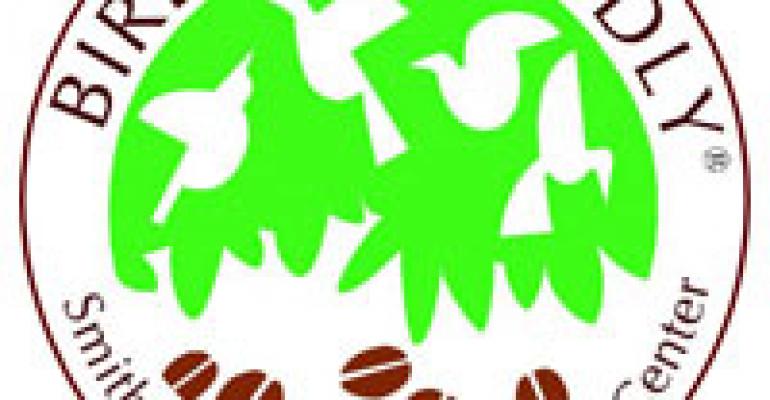 With raw coffee prices up 41 percent since June and the restaurant industry’s biggest players eagerly snapping up market share, how can your coffee program compete? We’ve got a way that’s a lot less touchy-feely than it sounds: bird-friendly coffee.

Pre-BP oil spill, few people cared if a restaurant served bird-friendly coffee, or even knew such a thing existed. Post-BP oil spill, millions of people are newly aware that birds need help and that drinking bird-friendly coffee aids the cause. One byproduct of this: Operators who serve coffee bearing the imprimatur of the Smithsonian Migratory Bird Center have an instant point of differentiation in their battle against the coffee giants. What are you waiting for?

Coffee programs at most full-service operators struggle with visibility. They tend to be anonymous, lost between big national and regional coffee house chains on the high end and ubiquitous fast food feeders on the low. It’s a vast, lucrative market that’s hotly competitive. Forget Starbucks and Dunkin’ Donuts; now that Burger King has hooked up with Seattle’s Best and McDonald’s is serving Green Mountain-supplied Newman’s Own Organics coffee in thousands of its units, what’s a non-aligned restaurant operator to do?

How about tapping into a growing niche? Gruesome as the ecological damage caused by the BP oil spill has been, it has inadvertently given restaurant operators a simple way to differentiate their coffee program from competitors.

How? Your potential coffee customers have already seen too many heart-rending images of oil-soaked pelicans. Wait until they get a load of what’s going to happen as migratory birds come down the flyways later this year to overwinter in bespoiled wetlands. With BP’s Macondo well finally sealed, wildlife remediation has become the new focus of the clean-up effort.

“Simply put, "Bird Friendly®" coffee is coffee that comes from farms in Latin America that provide good, forest-like habitat for birds. Rather

than being grown on land that has been cleared of all other vegetation, "Bird Friendly®" coffees are planted under a canopy of trees.

“Because of the shaded, forest-like setting created by these canopy trees, coffee produced this way is called shade-grown. Not only are "Bird Friendly®" coffees shade-grown, they are also organic, meaning they're grown without the use of chemical pesticides which poison the environment.”

Who sells this stuff? Not the Smithsonian itself. But if you’re interested, check out the Organic Coffee Collaboration. Caffe Ibis, Elan Organic Coffees and Golden Valley Farms Coffee Roasters are three names to start with there. In all 44 roasters worldwide carry Bird Friendly coffee imported by 15 companies. Peru, Guatemala and Mexico account for 77 percent of all production. The U.S. consumes 61 percent of it, Japan 36 percent and Canada three percent.

Note that you might have to look outside the usual foodservice distribution channels to find some of this product. Quality, because the product is carefully handled and comes from premier coffee growing areas, tends to be high. But you’ll have to conduct your own taste tests to make sure your restaurant’s coffee taste standards will be met.

Who would give their coffee drinking business to restaurants that serve certified Bird Friendly coffee? Right off the bat, you’d get the eco-friendly crowd and the sustainability advocates. Then you’d also have appeal to the save-the-wildlife folks whose numbers, as we pointed out above, have swelled dramatically as of late. And you might even get duck hunters, whose prey are genetically programmed to return to the oil-laden marshes of Louisiana.

The key here is that these coffees have an unbeatable, recognizable co-brand: the Smithsonian. Some operators are going to figure this angle out and invigorate their coffee programs overnight. Since one object of the restaurant business is to offer something the other guy doesn’t, why not you?