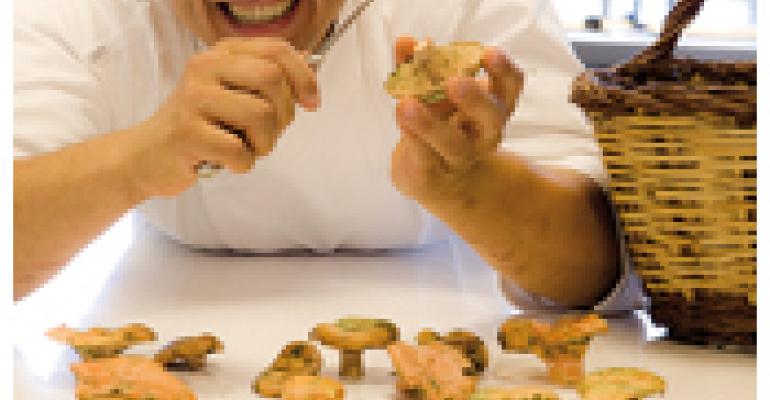 Want to learn cutting-edge cooking techniques for free? Head to the Harvard Channel on YouTube and check out one of the nine (so far) lessons presented via a collaboration between Harvard’s physics department and chefs such as Ferran Adria, José Andrès, freshly minted recipient of three Michelin stars Grant Achatz and other superstar chefs from around the globe. It’s a rare opportunity; we say grab it.

We first alerted RH enewsletter readers to this opportunity to learn the secrets of the restaurant world’s greatest cooks back on April 12 in a story called “Forget The CIA. Learn To Cook At Harvard". As we indicated then, the course (“Science and Cooking: From Haute Cuisine to the Science of Soft Matter”) was nominally limited to Harvard students paying big bucks to earn credits toward their degree. We aren’t aware of any working chefs or restaurateurs who made their way to Cambridge, MA, and were lucky enough to sneak into these sessions.

But it doesn’t matter if you didn’t, because Harvard has put the whole works on line—not the actual classes themselves, but the public demo/lectures that followed each class. You can find them at www.youtube.com/user/Harvard#g/c/546CD09EA2399DAB. Head there and you’ll find a list of nine demonstration/lectures that use an accomplished chef’s creations as a springboard to explore why certain cooking techniques work the way they do. Although the chefs doing the demos work in the culinary stratosphere, the Harvard physics professors who run the sessions explain what’s going on and why, making the principles accessible to anyone who cooks. Since these lectures were designed for the general public, they aren’t as technically oriented as the chef-led classes must have been.

Session Two is “Sous-vide Cooking: a State of Matter,” presented by Joan Roca, the three-Michelin-starred chef at Spain’s El Celler de Can Roca.

The third session is “Brain Candy: How Desserts Slow the Passage of Time.” The speaker for this one is White House pastry chef Bill Yosses.

Session Four is “Mouthfeel: Olive Oil and Viscosity,” with chef Carles Tejedor of Via Veneto, which has held a Michelin star for the last 38 years.

The fifth lecture covers “Heat, Temperature and Chocolate.” It’s given by Enric Rovira, a Spanish chocolatier whose work must be seen to be believed (go to www.enricrovira.com to see what we mean). Even if you have no interest in any of these other lectures, at least make your pastry chef or dessert person watch this one.

Session Six features Chicago whiz Grant Achatz tackling “Reinventing Food Texture & Flavor.” If you always wanted to know how he pulls off some of his wildest inventions, check this one out.

José Andrès returns to tackle “Gelation” in the eighth installment of the series.

Still to come are sessions on “Meat Glue Mania” with wd-50’s Wylie Dufresne; “Cultivating Flavors: A Recipe for the Recipe” by Blue Hill’s Dan Barber; and series closer “Creative Ceilings: How We Use Errors, Failure and Physical Limitations as Catalysts for Culinary Innovation,” presented by momofuku’s David Chang. These final three videos weren’t up on YouTube’s Harvard channel when we wrote this, but look for them to be posted soon.

Keep in mind that these are full-blown college lecture events, so even the shortest demo/lecture runs at least one and one-half hours long. But the good news is that there’s a genius college professor explaining everything to you as the session moves along.

All we can say is skip this no-cost online master’s class at your own peril.