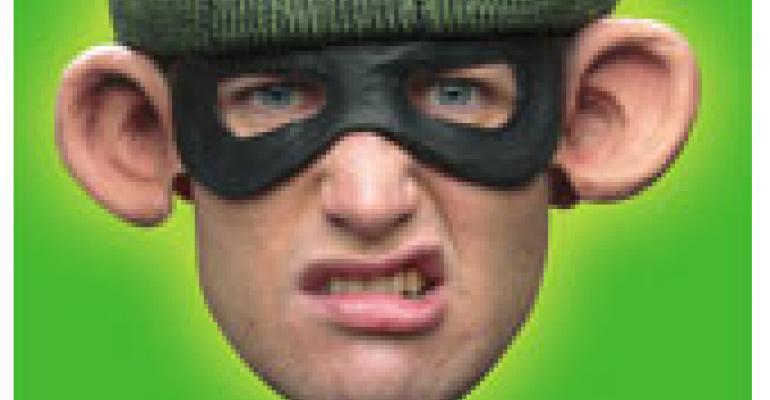 The assistant manager of a Seattle Jack in the Box was arrested last month after police concluded that she had staged a robbery at the store. Michelle Meisner initially claimed to be a victim of two men who pistol-whipped her and held up the restaurant for $7,000.

Prosecutors say she told the accomplices to beat her up to make it look as if she was not part of the robbery. But detectives who reviewed the store’s surveillance footage said the evidence did not add up. And then a tipster told police the entire robbery was staged. It’s now believed Meisner opened a side-door at the restaurant to let in the thieves, who punched her in the eye before making off with the money.

The two men who staged the robbery have not been found, and Meisner told police she never got her cut of the stolen loot. Also arrested was Lamar Croft, who is accused of helping Meisner and the two thieves rob the restaurant.

Police say Meisner also admitted to stealing more than $2,000 from the restaurant in the last year. When $700 of that sum was detected missing months back, Meisner accused a co-worker, who was eventually fired for the incident. She will be in court this month to face charges for the robbery.