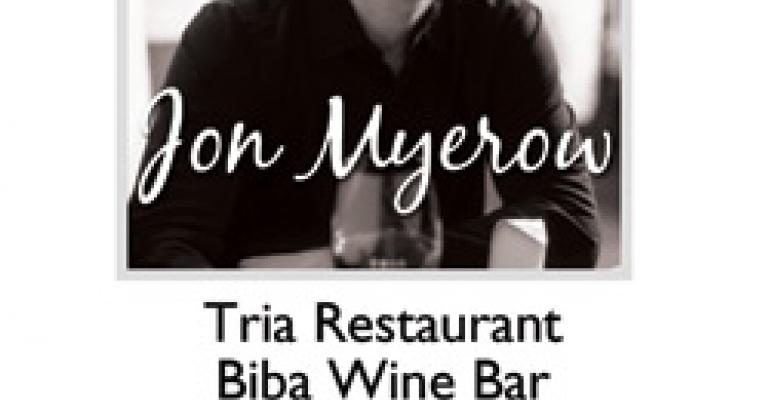 3 Lessons From A Wine Bar Owner

Like it or not, every independent restaurant owner enrolls in the school of hard knocks when he or she opens a new location. Jon Myerow, proprietor of Philadelphia hot spots Tria and Biba, shares some of the key lessons he has learned about running a successful restaurant/wine bar.

Jon Myerow didn’t come from money. He's a guy who took on equity and debt to start his first Tria location in 2004, and he's worked very hard every year since to build popular, profitable restaurants. He has learned to blend style and creativity with hard work and savvy business decisions. Along the way, he has created Philadelphia's most popular wine, cheese and beer cafés, featuring artisanal products made by passionate people. Both Tria (two locations) and Biba are simple concepts, executed extremely well.

Here are three lessons Myerow has learned as an independent owner.

Myerow was interviewed by Wil Brawley, a partner at Schedulefly. Brawley’s company provides restaurants with a web-based staff scheduling and communication application. Brawley recently interviewed 20 successful restaurant owners from all over the U.S., then published those interviews in his book, Restaurant Owners Uncorked: Twenty Owners Share Their Recipes for Success.