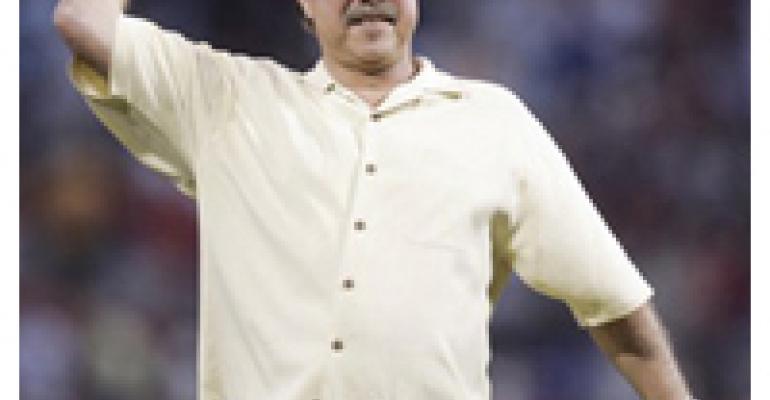 What distinguishes Jerry Remy’s Sports Bar & Grill in Boston from other sports bar is not the owner. Sure, the former All-Star Boston Red Sox second baseman and Sox on-air color analyst, Remy, is a draw. But what will keep customers coming back is the decision to take sports bar grub to another level. Hired to create the food was James Beard Award-winning chef Todd Hall, and supporting him is Chef Jacqueline Kelly, who worked as chef de cuisine under Ed Brown at The Patina Group in New York City. Clearly, this is no hotdog and wings joint.

“We have developed a culinary program that is going to change the face of sports bar cuisine,” says Remy. “No other sports bar in this city can match the level of talent in our kitchen.”

Some menu highlights include Angus sliders, fish tacos, seared miso salmon and grilled chipotle filet mignon. Remy’s also offers an insane burger that will be served between two pieces of fried dough. Everything will be made from scratch, says Hall, who couldn’t care less about baseball. “I’m into food,” he said during an opening cocktail party.

The 360-seat sports bar is located literally in the shadow of Fenway Park, and floor to ceiling windows provide an excellent view to all the frenetic activity outside during game days. It also features a 45-seat outdoor café. Of course, there are state-of-the-art flat-screen televisions for watching games; 24 of them, including two 6-and-a-half-by-11-foot high-def monsters.

The restaurant sells season tickets to Red Sox games, which will get you a reserved table in the restaurant ($500 for home games, $1,000 for home and away games). The fee comes with a $25 food credit plus a complimentary drink and a photo with Remy at your table.

Is watching the game at Remy’s better than being in Fenway Park? Depends. You’re not going to get a crazy-good smoked beef brisket sandwich in the bleachers, but you will in the cozy sports bar across the street.