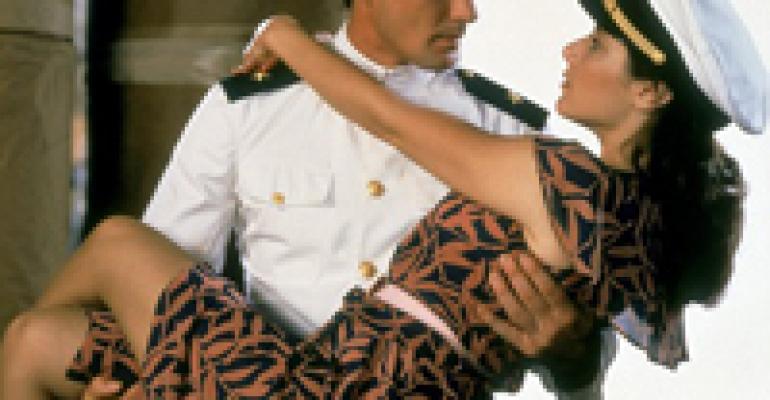 You’d think being a Hollywood heartthrob with three new movies in the works would be enough to keep actor Richard Gere busy. Or if that weren’t enough, his commitment to activism that sees him travel the world as a high-profile disciple of the Dalai Lama who’s working to free the people of Tibet would fill Gere’s personal calendar to overflowing. But nope, he’s gone into the restaurant business as well, opening The Farmhouse Restaurant in Bedford, NY, early last December. We know full-service operators are facing tough times right now, but we hope you find it comforting that even rich Hollywood stars with global agendas find your lifestyle appealing.

So what kind of business plan did Gere come up with for his initial foray into the restaurant business? The Farmhouse is part of Bedford Post Inn, a country inn complex Gere and wife Carey Lowell hope will attract customers who like to feed their minds as well as their bodies. The couple expects their eight-room inn to host big-picture discussion groups and attract bright lights from the lecture circuit. And they hope their neighbors in Westchester County, located 45 minutes north of Manhattan and home to a well-moneyed clientele (or at least they were well-moneyed before the current market downturn) will participate in both the conscious-raising and dining aspects of their new business venture.

“There are a lot of people in this area who have been enormously successful and have done tremendous good work,” Gere tells New York magazine. “It’s my hope that they will come and discuss and network at a very high level about how to have a positive impact on the planet.” Another factor: “There were really no good restaurants in the area,” he says.

So what kind of food is Gere serving? The Farmhouse chef is Brian Lewis, a Westchester County native and Culinary Institute of America grad whose travels have taken him all over the world. While he was executive chef at Bix in San Francisco, one of his underlings was Homero Cantu, the mad scientist chef who now runs Moto and Otom in Chicago. Before hiring on with Gere, Lewis’s last gig was executive chef at Vu in Scottsdale, AZ, the now-shuttered restaurant at the Hyatt Regency Scottsdale Resort & Spa at Gainey Ranch that Esquire tapped as the best new restaurant in the country in 2005.

Lewis’s food there was described as offering modern flavors that made hotel dining warm, hip and exciting. For the Farmhouse, the style is “Contemporary American.” Many of the ingredients used are sourced locally from the area’s particularly robust collection of family farms and artisan purveyors, many of which are cornerstones of the legendary farmer’s markets down in New York City. Pricing is aggressive for small-town dining, with the tasting menu going for $85, $140 if you opt for the suggested wine pairings. Other price points at the 55-seat restaurant are:

There are actually two restaurants at Gere’s Bedford Post Inn. The Farmhouse is only open for dinner from Wednesday through Saturday, serving an a la carte brunch on Saturdays and Sundays. The less-adventurous fare at The Barn is available every day at breakfast, at lunch on Monday through Saturday, and at supper on Sunday through Tuesday. Gere took it one step further by adding a third foodservice operation, The Bakery, which is open from 6:30 a.m. to 4 p.m. Monday through Friday.

So is he a hands-off rich guy who just invested some money in a restaurant on a whim? It appears not, as Gere is a frequent presence at his operations. “We’re probably there at least one meal a day,” he told a local interviewer. And the best perk of ownership? “The things we don’t like are no longer on the menu,” Gere says.

So while Gere’s restaurant and soon-to-open eight-room lodging venture nominally serve a higher purpose, a question remains: can The Farmhouse turn a profit? “We hope we don’t lose money,” he says. “But I don’t think a restaurant is a way to make money. And if we had known how difficult it would be, we probably wouldn’t have started.”

Sound familiar? You may have uttered these same words yourself. But at least you get to enjoy a restaurant-owner lifestyle that, even for someone with the deep pockets and worldwide celebrity of Richard Gere, ultimately has a lot of appeal. For a while, that may be the biggest payback he gets.
Recommended Reading