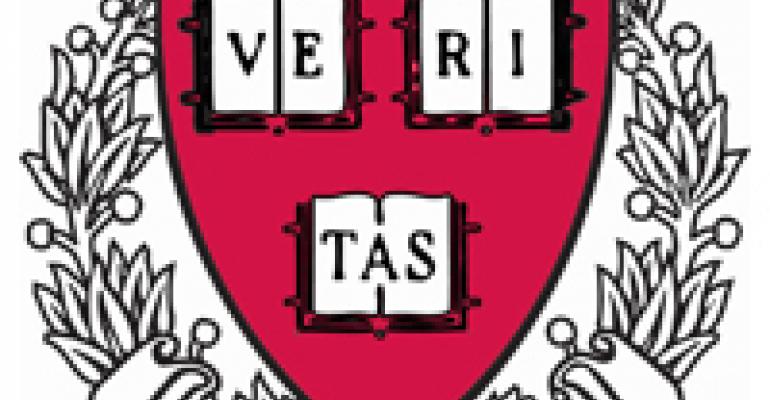 Forget the CIA. Learn To Cook At Harvard

Here’s an interview line guaranteed to land you your dream restaurant job: “Molecular gastronomy? Sure, I studied it at Harvard with Ferran Adria and Jose Andres.” And you can say it if you attend the course these world-famous experimental chefs will be teaching this fall under the auspices of the Harvard University physics department. Getting into their class won’t be easy. But if you can swing it, you’ll wind up with knowledge and credentials no one else can touch.

Adria (his El Bulli in Spain is widely regarded as the best restaurant in the world) and Andres (finalist for the 2010 James Beard Outstanding Chef award) will co-teach the course with Harvard physics professor David Weitz, the school’s Gordon McKay Professor of Applied Physics.

Weitz’s particular area of interest is “soft condensed matter,” which is one way of describing the type of food culinary gastronomers like Adria and Andres put out on plates for the paying customers. Many academicians at Weitz’s level deal in theoretical physics. But he’s famous for “practical physics,” which is to say he examines how materials can be exploited to solve real world challenges.

One idea behind this course is that the chefs will learn more about why some of their culinary experiments work better than others—culinary gastronomy being a field that often relies on trial-and-error instead of rigorous adherence to the scientific method. Which is why some of the items served at restaurants that dabble in culinary gastronomy sometimes look and taste more unusual than their makers perhaps intended.

But the main reason Harvard is offering this course is that its students will learn how culinary gastronomy works from these two chefs. Then they can perform their own experiments by manipulating the physical elements involved. We don’t know that the food labs of tomorrow will be full of Harvard grads, but it is interesting that this prestigious institution now looks to the culinary world for inspiration when figuring out what to teach its brainiac students.

“All cooking, if you look at it, is soft-matter physics,” Harvard research fellow Otger Campas tells the Washington Post. “This course is designed to create a dialogue between cooks and scientists.”

Guest instructors will include Blue Hill’s Dan Barber and Joan Roca, a Michelin-starred chef who comes from Spain. Like Adria and Andres, these chefs operate such high-caliber restaurants that you don’t so much eat at them as make a pilgrimage to them.

How hard will it be to get in? We don’t know, but enrolled Harvard students will likely get first dibs. On the other hand, students (or their parents) paying $35,000 per year tuition at Harvard might balk at a course where unaccredited instructors spend time demonstrating cuttlefish ravioli or foie gras cotton candy, tasty as they might be.

So you’d better start working the phones now if you think you might like to attend. You never know; if your story is good enough, maybe they’ll let you audit it for free.