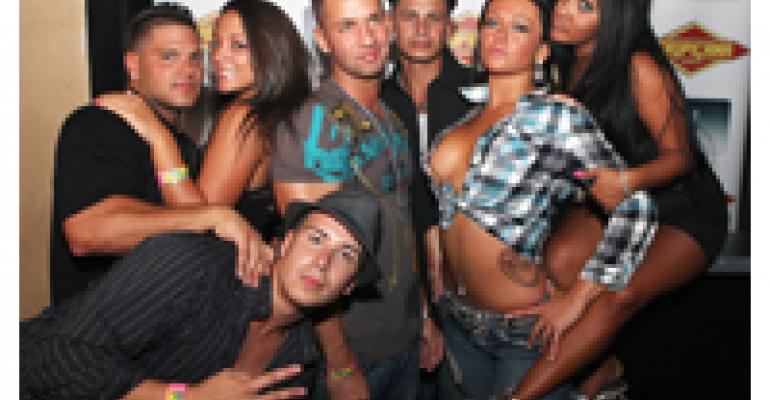 Feeding Snooki And The Situation

If nothing else, MTV’s “Jersey Shore” had made us aware how many 20-somethings organize their lives around working out, tanning and partying. But New Jersey-based Muscle Maker Grill figured out long ago that these self-described guidos and guidettes eat right to look good. Finally, a restaurant that knows how to make a buck off a healthful menu.

Restaurant owners have for decades complained loudly that healthful items on menus don’t pay off. Customers who say they want to see these types of items seldom order them when given the chance. Even diet-conscious patrons are more into splurging than self-denial when eating in a restaurant.

But 31-unit Muscle Maker Grill doesn’t target the traditional healthful dining crowd. Its menu isn’t designed for people who are worried about their weight, their cholesterol count or their blood pressure, although it works for them, too. Instead, Muscle Maker caters to those who eat healthfully for more narcissistic reasons.

Members of its target demographic are young, they’re in shape and they want to look good when they hit the nightclub or the beach. One episode of “Jersey Shore” even documented cast member Snooki Polizzi (who, FYI, is neither Italian nor from New Jersey) and her boyfriend dining at Muscle Maker Grill.

So it’s all about nutrition at this chain. Not only can customers choose from a wide variety of healthful menu offerings drawn from multiple cuisines (Asian, American, Cajun, Mexican and Southwestern) with price points at $9 or less. They can also load up on the wide range of protein-packed supplements available at each unit’s extensive retail area. The retail component is a check-building option of epic proportions.

The chain’s tagline is “great food with your health in mind,” and it isn’t kidding. Everything on the 52-item menu is fresh, low-calorie and low fat. All pasta is 100 percent whole wheat. The low-carb lineup features five entrees served over broccoli, each costing $8.95. The Godfather offering, for example, includes a grilled chicken breast, Portobello mushrooms, roasted red peppers, low-fat mozzarella and light balsamic vinaigrette arranged over the broccoli base. A seven-option smoothie lineup harkens back to the chain’s roots as a smoothie stand. There’s a separate 18-item vegetarian menu, too.

Muscle Makers Grill positions itself as the perfect stop for a post-workout meal for anyone whose lifestyle embraces working out and looking good. Which is why many Muscle Maker Grill units are located in, next to or very near gyms, fitness centers or other workout facilities. Most units are in the chain’s home state of New Jersey, but it has stores operating in New York and Florida and is looking to franchise new ones in Pennsylvania, California and other states. A proposed unit in Miami’s South Beach, where tanning, going to the gym and keeping in club-going trim are the national pastime, should be a money machine.

If you run one of the many restaurants that struggle to attract customers who will order healthful food, Muscle Maker Grill may be an object lesson for you. Granted, not every restaurant has this problem. Darden’s slowly expanding Seasons 52 concept is one exception, but it’s aimed at the boomer-age crowd. Muscle Maker Grill’s genius is designing a menu for customers for whom healthful dining is a lifestyle choice, not necessarily a nutritional one. Keep this and other underserved demographics in mind the next time you write a menu or strategize a new concept.