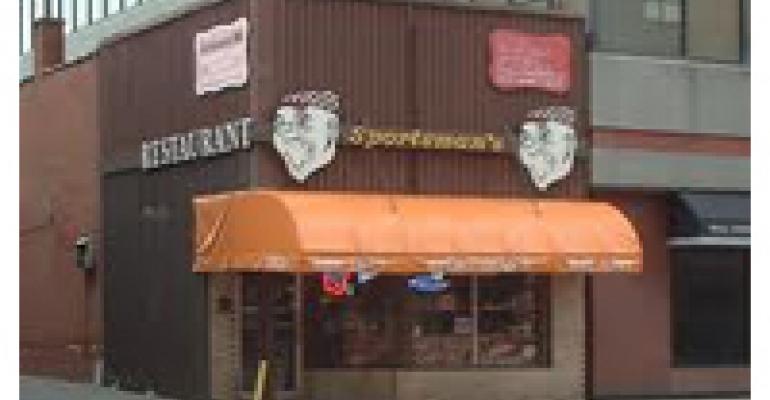 An Exit Strategy For Restaurateurs

People feel a sense of loss whenever a restaurant goes out of business, even if it’s a place in which they’ve never set foot. But shed no tears for the 63-year-old Sportsman Restaurant and Cocktail Lounge in Cleveland, which owner Judy Fiore just sold for $3.1 million. She got 10 times the building’s appraised value using a strategy other operators may wish to follow.

The Sportsman was an old school delicatessen with a full bar, famous primarily for serving corned beef and pastrami sandwiches to the lawyers and judges who did business across the street in Cleveland’s sprawling Justice Center complex. Jurors also provided a steady trade, because the Sportsman was the first restaurant they’d see when exiting the 44-court room Justice Center whenever a trial broke for lunch. Weekends were good, too, with Cleveland Browns and Cleveland Indians fans stopping by before or after games at the nearby stadiums.

It was a golden location—in more ways than one, it turned out.

Fiore’s father bought the place outright for $85,000 in 1948 after renting it for the first few years of the restaurant’s operation. At $375,000, the Sportsman’s most recent property tax appraisal seems accurate, reflecting the value of the land more than that of the restaurant’s modest building.

Acquiring it to make way for Cleveland’s new Medical Mart seemed like a straightforward transaction to this new project’s backers. The owners of the two buildings that flank the Sportsman—a parking garage and a Class B office building—jumped at their generous buyout offers. But Fiore held out.

People though she was crazy—until the sliver of land on which the Sportsman sat became the last parcel the real estate developers needed to acquire before the Medical Mart’s demolition and construction could begin. They wound up giving Fiore a staggering $3.1 million for her property.

Despite this cash bonanza, the final days of he Sportsman were low-key. No huge line of nostalgia-driven customers formed outside, hoping for one more sandwich before the place closed. Owner Fiore told the Cleveland Plain Dealer how saddened she was in the end. “I’ve been packing stuff up with tears in my eyes thinking about projects I had in here with my dad on Saturday mornings,” she said. “But what with the economy and the way things have changed, it’s difficult to keep up an operation like this. I will miss it and all my customers.”

We’re happy that it turned out that such a lucrative exit strategy came out of nowhere for Fiore and the Sportsman. She got lucky at the end, but her father’s decision to buy the building after first leasing it and figuring out that it was a good location was the key.

You may wish to consider a similar strategy. With real estate prices soft right now and with the cost of mortgage money near historic lows, it’s a long-term strategy we hope some other operators will consider. If your building turns out one day to be worth more than your business, you want to be the owner, not the tenant.