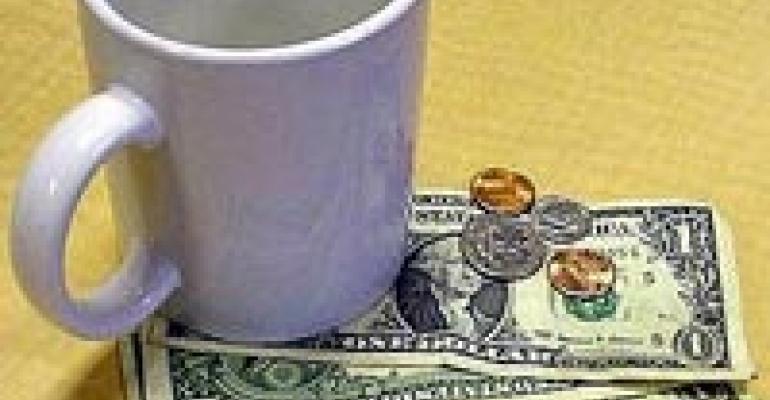 Everybody into the Tip Pool

With so many industries cutting jobs and closing plants, restaurants have come to be seen as newly desirable places to work. That’s true despite what the U.S. Bureau of Labor Statistics turned up in its annual Occupation and Employment Wage Estimates, released last week. The report showed that the foodservice industry is dead last—still—in worker compensation. With wages so low, it’s no wonder tip-pooling lawsuits have been filed against chains like Brinker International and Dave & Buster’s and independents like Nobu. We hope you’re not next.

Read through a list of the 25 poorest-paying jobs in America and you’ll scratch your head over how the restaurant industry can keep its 13 million-plus positions filled with qualified workers. It can’t be the money. The bottom-four job categories in the Bureau of Labor Statistics (BLS) rankings are all restaurant-related. These jobs (designated by their official BLS job descriptions) and the average annual earnings of the people who hold them are:

That’s right. Eleven of the 25 worst paying jobs in the country are found in the restaurant industry. It’s a daunting figure, especially if you own or manage a restaurant and it’s your job to produce a positive customer experience night after night with a poorly paid crew.

But the BLS statistics include only wages. They don’t take into account other aspects of restaurant compensation.

But tip compensation can be huge—presuming the worker holds a tipped position. Bartenders and waitstaffers may easily double their BLS earnings or more. Hosts and hostesses make at least a little extra depending on their particular restaurant’s tip-sharing scheme. Even counter attendants may take home an additional $1-$2 per hour after they divvy up the proceeds from their operation’s tip jar at the end of their shift.

Those who hold down other foodservice positions, however, may enjoy little or no participation in their restaurant’s tip pool. Which is where the class-action lawyers come in.

And they’re coming in more frequently as of late. In March, a federal jury awarded $270,000 to 55 former employees of Chili’s and other concepts owned by casual dining giant Brinker International, finding that it was illegal for Brinker to require that servers share tips with expediters, a non-tipped position. Brinker says it plans to appeal.

Also in March, a California appellate court saw things differently. It ruled that the 52-unit Dave and Buster’s chain could require its waitstaff to contribute a portion of their tips to a pool that would be shared with bartenders. It wasn’t big money—one percent of each server’s gross sales—but 4,000 current and former D&B employees joined the class action lawsuit designed to get out of paying it. There’s no word yet as to whether they will appeal to a higher court.

The issues and the verdicts and/or settlements aren’t the same in every tip-pooling case. But be aware that restaurant employees are looking to snag a bigger piece of the tip dollars that flow through your restaurant, and class action law firms are gearing up to help them get it. As the BLS numbers tell us, so many restaurant workers make so little money in the first place that this issue is likely going to get bigger.