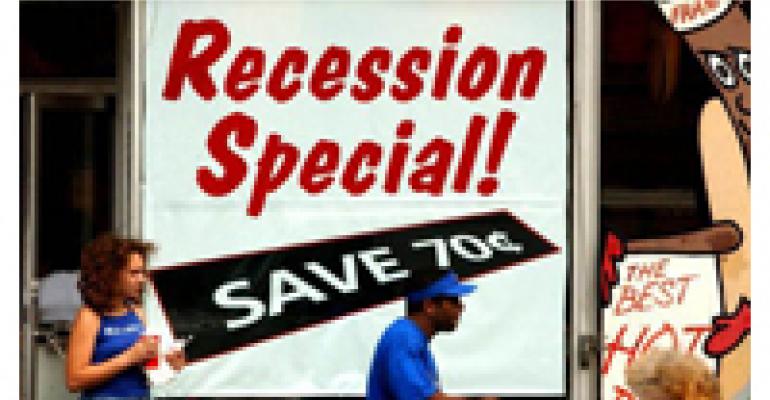 Don’t Bum out Your Customers with Recession Reminders

Yeah, the economy sucks, but just keep the negativity to yourself when you’re doing your restaurant promotions. Apparently, consumers don’t want to be reminded about how bad the economy is, according to an AdweekMedia/Harris Poll.

Nearly a third thought ads referring to the recession are “realistic,” but more consumers thought such ads “make the brand seem manipulative” (27 percent), while an additional 12 percent found the ads “depressing” and said they would not buy the brand. Almost 40 percent said the ads didn’t register with them one way or another, which suggests the ads did not connect with consumers in the way intended.

Interestingly, women were more open to ads that refer to the sagging economy than men, who consider them manipulative. Does that mean women are more realistic than men? Discuss among yourselves. Meanwhile, if you’re offering cut-rate breakfast, lunch or dinner promotions, you’ll likely fare best if avoid referring to them as recession-related promotions.