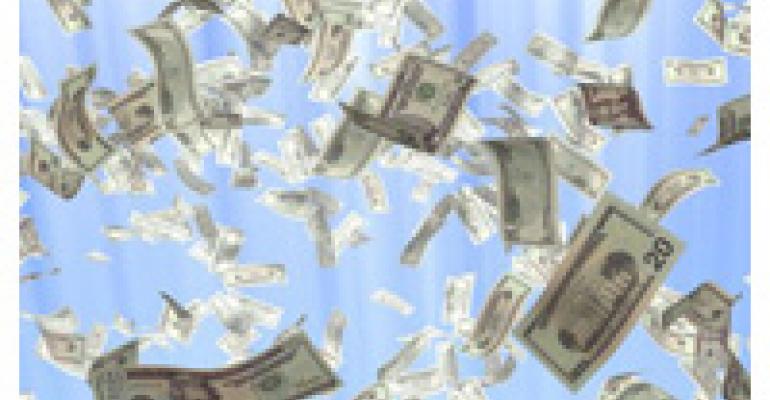 Good news: San Francisco management consulting firm Kurt Salmon Associates is forecasting modest growth in restaurant sales through the end of January 2011. This might be right, because the latest data from the U.S. Department of Commerce shows a modest bump—0.4 percent—in the all-important disposable personal income number. Hey, maybe all that talk of a restaurant rebound is true.

We like the methodology that Kurt Salmon employs to come up with its predictions. The firm keeps track of consumers’ real-world restaurant spending, compares it to their stated intent to spend and makes projections from there. It’s especially good at interpreting data as consumers begin to switch ever-so-slightly from nondiscretionary spending on necessities to discretionary spending that includes things like restaurants meals.

In the short term, customers will be buying more of those meals, the firm says. It’s a growth trend Kurt Salmon first noticed back in the summer.

“Consumers stated intentions will continue to oscillate as they sort out post-recession spending priorities,” says Todd Hooper, the company’s restaurant strategist. “Even with Christmas falling on a Saturday this year—which will hurt December sales a bit—recent consumer survey results coupled with strong numbers for Black Friday suggest modest continued growth in restaurant sales.”

Hey, after the last two years, a forecast of modest growth over the near term qualifies as a cause for celebration. But is Kurt Salmon right?

We’ll find out soon enough, of course, but the latest data on real disposable income per capita suggests that consumers do have a little bit more money to spend in restaurants than they had in previous months. October 2010 figures (the most recent available) from the U.S Department of Commerce’s Bureau of Economic Analysis shows that disposable personal income in October 2010 rose 0.4 percent, compared to a decrease of 0.1 percent in September 2010. Just as importantly, personal consumption expenditures rose 0.4 percent in October, too. That means consumers are willing to spend instead of save.

All of which tells us that the Kurt Salmon prediction may well be right. Given how poor things have gone for the restaurant industry—negative 1.4 percent growth overall in 2010,according to Techonmic—it’s nice to hear some positive news.