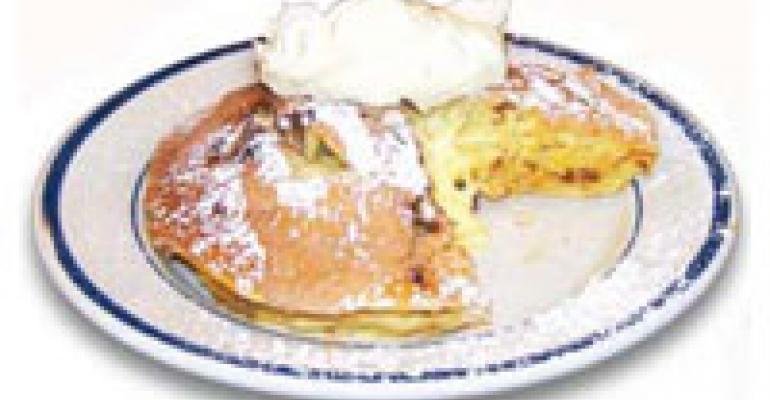 Soon-to-be-mandatory posting of nutritional information on menus is supposed to change consumers’ eating habits. The corollary assumption is that restaurants will follow suit by trimming portion sizes and further giving most items a nutritional tune-up. But much to the chagrin of the Center for Science and Public Interest—a.k.a. the food police—it isn’t working out that way in the real world so far. By CSPI’s logic, this means that full-service restaurants are hurting the war effort.

The initial studies that have assessed restaurant eating behavior in jurisdictions where menu labeling regulations are already in effect have shown mixed results. Some people have reacted as nutritionists had hoped, paying close attention to calorie counts posted by chain menus and adjusting their consumption habits accordingly. Many others ignore them, or adopted a calorie-count-be-damned attitude, eating whatever they want.

The hope is that when chain restaurants start posting calorie counts on their menus nationwide, as required by this year’s healthcare reform legislation (this will probably occur in 2011 or 2012), many more hearts, minds and appetites will be changed.

In the meantime, it’s business as usual at chain restaurants. They still have to make money by selling what customers want. This lack of go-along causes CSPI executive director Michael Jacobson to go ballistic.

“One might think that chains like Outback Steakhouse and The Cheesecake Factory might want to lighten up their meals now that calories will be required on their menus, courtesy of the health care reform law signed in March,” says Jacobson. “But these chains don’t promote moderation. They practice caloric extremism, and they’re helping make modern-day Americans become the most obese people ever to walk the Earth.”

Point granted, except that restaurants aren’t in the business of promoting moderation. They have to serve what customers want to eat, even if a handful of those choices qualify for CSPI’s 2010 Xtreme eating awards.

Here are some of the restaurants and menu items CSPI put the hit on this year:

Bob Evans Restaurants’ Cinnamon Cream Stacked and Stuffed Hotcakes. An order weighs in at 1,380 calories and 34 grams of saturated fat.

Five Guys’ Bacon Cheeseburger. Without toppings, it has 920 calories and 30 grams of saturated fat. Throwing in a large order of fries adds 1,460 calories to the total.

Chain executives—who are in the business of giving people what they want, not what “experts” think is good for them—maintain that they’re ready to work with customers who want to control their own eating habits, not have those habits controlled by others.

They don’t seem too upset by CSPI’s rhetoric. After all, with the exception of Five Guys, the chains on this list all offer plenty of healthful dining options on their menus for patrons who want to go that route.

But that’s not enough for CSPI nutrition director Bonnie Liebman, who questions the patriotism of restaurants executives whose menus contains one or more high-calorie choices.

“I wouldn’t accuse California Pizza Kitchen or P.F. Chang’s of being a threat to national security, but with a quarter of young Americans too heavy to join the military, these and others chains ought to get the extremes off their menus,” she says. “At a minimum, they should disclose calories on menus now, even before federal regulations make it mandatory.”

Will CSPI get what it wants? Partially. Mandatory menu labeling for chains will soon become law. But we’re thinking chains are going to make these changes en masse close to or on whatever federal deadline emerges, not before.