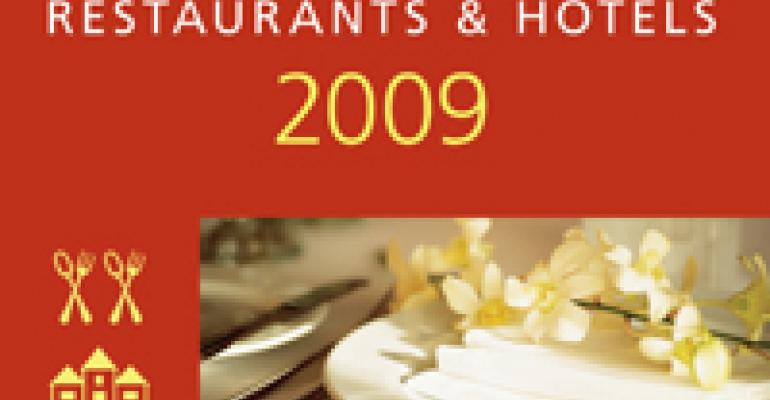 In California, a Culinary Cartel. Your Town May Be Next

You’d think your troubles would be over when the Michelin Guide awards your restaurant one or more stars. The publicity impact is immediate and widespread; all that’s left is to maintain the restaurant’s high standards that got you into the Guide in the first place. But does Michelin star status guarantee a whopping increase in business? It might for some, but three of the six restaurants honored with two stars in the 2009 San Francisco guide aren’t waiting around to find out. They’re banding together to market themselves as a culinary mini-tour to make sure they cash in now.

The Michelin Guide has been the gold standard for decades in Europe. Restaurants there that hold one or more stars enjoy a steady stream of customers thanks to their ranking. The Guide’s true power is on display when it takes back one or more stars and a restaurant’s business dries up. Remember the suicide of superstar French chef Bernard Loiseau, who thought Michelin was going to demote his La Cote d’Or from three stars to two? He shot himself in the mouth with a hunting rifle. He did so prematurely, it turned out, as Michelin kept his restaurant at three stars, a ranking it maintains today. But still. Not having a Michelin star is one thing; losing one you already have is devastating, on many levels.

No U.S. chef would kill himself if he lost a Michelin star. The Michelin Guide just doesn’t hold the same kind of sway over the dining public here as it does in Europe. However, those who operate Michelin-starred restaurants in New York City have been duly impressed with the bump in business that goes hand-in-hand with a Michelin star. These operators have enjoyed a surge in patronage that comes from New York’s legions of international business travelers and European tourists. This well-heeled bunch truly embraces Michelin’s advice when making their dining choices, no matter where in the world they go.

If only that were as true in the other U.S. cities where Michelin publishes a Guide. To be sure, there are a decent number of adventurous culinary tourists and business people in the other three markets served by Michelin—Los Angeles, Las Vegas and San Francisco. But they aren’t present to the degree that they are in New York.

So if you’re lucky enough to get a star in one of these other Michelin markets in the U.S. how do you leverage it to bring in more business?

Three of the six restaurants in San Francisco that earned two Michelin stars in the 2009 Guide think they have an answer. They’ve banded together to create Dining With The Stars, a three-day epicurean jaunt during which guests dine at a trio of world-class restaurants and stay at luxurious accommodations located nearby. The price: $1,900 a couple.

And what restaurants they are: Michael Mina’s eponymous Michael Mina in San Francisco, Douglas Keane’s Cyrus in Healdsburg and Christopher Kostow’s The Restaurant at Meadowood in Napa Valley. Each is a repeat recipient of two Michelin stars.

“I know I speak for all of us in saying what an honor it is to have maintained the Michelin two-star rating and how great it is to be celebrating with my peers by sharing this offerings with our guests,” Mina says.

Here’s how it works. After guests dine on seasonal tasting menus at each restaurant, they’ll retire to some classy digs. Mina’s patrons will head upstairs to a room at the Westin St. Francis on Union Square in San Francisco. Keane’s diners will stroll across the plaza in Healdsburg to Sonoma County’s Healdsburg Inn on the Plaza. Kostow’s customers will wander back through the Meadowood Napa Valley estate to one of several ritzy guest cottages located on the property. Tour participants can visit the three restaurants in any order they choose, but must do so on three consecutive days.

The pricing seems more than fair. Six tasting menus and three nights in luxury surroundings seems like a lot for just $1,900 a couple. But there’s a catch. This rate is only good Monday-Thursday, Jan. 15, 2009 through April 15, 2009. In other words, these standout operations have figured out a way to leverage their Michelin stars to bring in business on the slowest nights of the slowest months of the year. Genius.

What are your chances of getting in on this action? Be aware that there are few additions and subtractions from the Michelin list in any given year. The Michelin Guide San Francisco, Bay Area and Wine Country 2009 added just one two-star restaurant, Coi, and four one-star operations this year. So the likelihood of newcomers joining the club is slim. And, of course, Michelin publishes in only a handful of markets in the U.S.

But you should still keep an eye on the Mina/Cyrus/Meadowood experiment. This kind of culinary venture could be easily replicated in other cities with vibrant restaurant communities. Maybe two or three restaurants that have, say, received five-star rankings from the Dallas newspaper could band together to offer a weekend or three-day package tour. Or maybe a few restaurants in another city that have scored lofty ratings from Zagat could come up with a similar offering.

Culinary tourism is big business on the international scene. This trio of Northern California chefs is demonstrating how it work can work for you on a local and regional level. Think it over as you draw up your business plans for 2009.