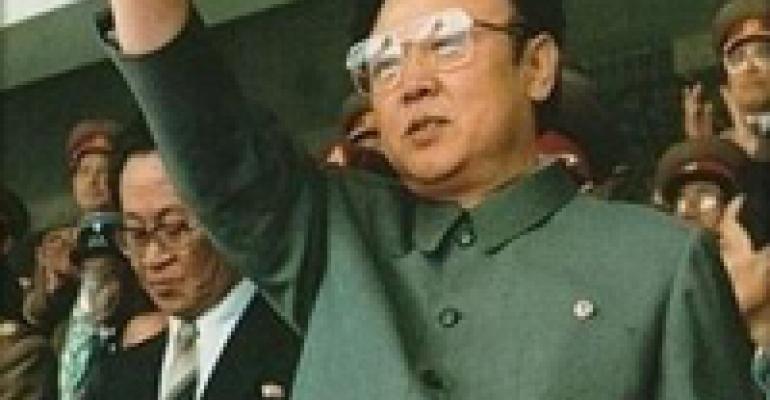 OK, maybe North Korea has some flaws, its attempt to push the world to the brink of nuclear Armageddon chief among them with a recent bout of journalist kidnapping close behind. But even this isolated totalitarian dictatorship has succumbed to the lure of fast food by opening Samtaesong, a U.S.-style quick-service restaurant located in Pyongyang, the country’s capital. The place has caught on so fast that North Korea, a country still unable to feed its citizens without outside help, is ready to grow the concept. We don’t know how the country’s demographics stack up, but never in the history of restaurant development has there been a market as competition-free as this one is right now.

North Korea—official name: the Democratic People’s Republic of Korea (DPRK)—is one of the five remaining socialist countries in the world, Cuba being one of the other four. It has a government-planned, state-owned economy that has for years relied on sizable food aid from China and South Korea to prevent famine. North Korean relations with the U.S. are such that former president George W. Bush included it as part of the “axis of evil,” and DPRK’s recent nuclear and missile tests seem to have convinced Pres. Barack Obama that Bush was accurate in his assessment. North Korea’s stance that it wouldn’t give up the two journalists it recently imprisoned unless former President Bill Clinton personally went there to claim them gives you an idea what it’s like to deal with the DPRK.

Aging “Dear Leader” Kim Jong-Il rules the country. Check out the song “No Motherland Without You” to get the gist of how his cult of personality works in this setting. Say what you will about his leadership, but Kim Jong-Il really has a knack for controlling his country while keeping the rest of the world on edge.

He’s pretty much the last of the hard line socialists, but even Kim Jong-Il is OK with the capitalist-inspired Samtaesong, which opened in June. Its menu offers some U.S.-style fast food staples such as burgers, fries and waffles, plus Korean delicacies like kimchi. Beer is among the beverage offerings. Future menu additions are expected to include croissants and hot dogs. Item names are recast to underplay fast food’s U.S. roots, however. The hamburger, for example, is called “minced beef and bread.”

Pricing is reasonable by Western standards, with a burger costing $1.70. But a visit to Samtaesong is a special occasion for most North Koreans, as the country’s average wage is $47 per month. If there is an affluent part to this country, the capital, Pyongyang, is it.

Which is why the capitol city is the concept’s chosen growth territory for now. “It is not so long since the opening, but our restaurant has become popular among our people and foreigners,” store manager Ko Jong Ok told Associated Press Television News. “We are planning to set up branches in many places of the city in the future.”

Analysts surmise that Samtaesong got the green light from the DPRK government in response to the ongoing economic success and resulting lifestyle advantages of rival South Korea. The first McDonald’s opened in Seoul in 1988 and fast food development in South Korea has exploded from there. It’s a strong lure for potential asylum seekers from North Korea, who can only dream of having a reliable supply of food, let alone one that is prepared for them and then served up fast and cheap. Samtaesong is going to have to throw up units at a frantic pace if it wants to play a similar role in the DPRK.