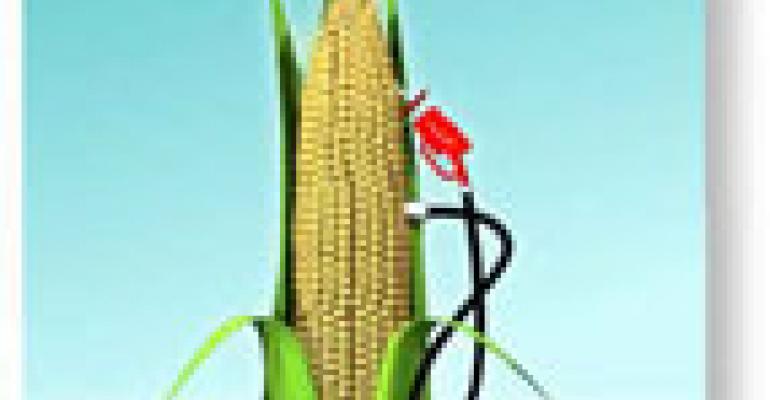 Blame It On Ethanol

Food riots threaten to topple governments in Haiti, Bangladesh, Egypt and Mozambique. Grain hoarding in the U.S. and Canada causes Sam’s Club and Costco to put a ceiling on customer’s purchases. And for restaurant operators, prices for the food commodities that matter most are still going through the roof. When the world is worried about what food costs and whether there will be enough of it to buy, it could be time to panic. But let’s check out the U. S. Department of Agriculture’s 2008 Prospective Plantings report first. It will give you an idea of where food pricing pressures might come from this year.

Food prices have risen so far so fast over the last 12 months that market watchers can barely keep up. Corn, whose price has climbed 66 percent because of demand for it by ethanol refiners, is usually cited as the worst of the lot. But over the past year, the cost of rice (up 122 percent), wheat (up 95 percent) and soybeans (up 83 percent) has actually gone up more.

Finger pointers blame this unprecedented rise on some or all of the following: out-of-control speculators, greedy farmers, heartless big ag companies, over-subsidized ethanol producers and spiraling energy and fertilizer costs that have made growing and transporting food commodities much more expensive than ever before. Another factor is the growing middle class in China, Southeast Asia and India. Now that they’ve got money, these folks want to eat animal proteins, not cheap street food primarily based on grains. Raising more animals to feed them takes a lot of grain, further unbalancing the global supply of key commodities.

It has proven to be a volatile mix. “Commodity prices across the board are at levels not experienced in many of our lifetimes,” Commodity Futures Trading Commission (CFTC) chairman Walter Lukken told the Washington Times. “These price levels, along with record energy costs, have put a strain on consumers as well as many producers and commercial participants that utilize the futures markets to manage risks.”

OK, OK. Food prices are through the roof for now. Can’t the experts tell us when the bubble will burst?

Well, maybe it won’t. “We may already be working under or fast approaching a new paradigm of higher agricultural prices,” says CFTC commissioner Michael Dunn. “There is not a silver bullet or single solution to address the problems we are currently facing.”

Wait a minute. Is this guy saying food prices are never going to come down? How can he be so sure? U.S. farmers don’t have to plant the same crops in the same amounts every year. Within the limitation of the soil and climatic conditions where they farm, farmers are free to plant whatever they think will earn them the highest return. The key to future food prices is in part determined by what seed they put into the ground this spring.

Which is why the USDA Statistical Services’ Prospective Planting forecast was so closely watched this year. Here’s what it found.

CORN: Corn prices soared last year, despite record-high corn production. For 2008, farmers report they will plant eight percent fewer acres in corn, or 86 million acres versus 94 million acres last year. Ethanol is still getting the same subsidies, and multiple new ethanol refineries are scheduled to come on line. Don’t look for corn prices to come down unless yield-per-acre goes through the roof. Cross your fingers that it does; corn is a key building block for many other food items restaurant operators buy.

SOYBEANS: Paying a lot more for your deep frying oil than you were a year ago? Join the club. But it’s a club that might catch a break once the 2008 soybean crop comes in. U.S. farmers say they will plant 18 percent more soybean acreage this year than last. Better-than-average growing conditions could well restore prices to year-ago levels. Keep in mind that the weakness of the U.S. dollar will make what everyone hopes is a bumper soybean crop cheaper to buy than to grow for some countries.

WHEAT: The National Agricultural Statistical Service (NASS) says wheat acreage should rise six percent in 2008, to 63.8 million acres. Winter wheat will be up four percent from last year, at 46.8 million acres, and durum wheat production should climb 22 percent to 2.63 million acres. As with soybeans, export demand will drive the price.

NASS compiles its report by surveying 86,000 farm operators across the U.S.

It doesn’t query rice farmers about their plans, but here’s the skinny on that market from the USA Rice Federation.

“U.S. rice farmers are currently planting the 2008/2009 rice crop and projections are for a modest increase in planted acreage,” the group says. There should be enough to go around (“The U.S. has enough rice to supply American consumers and their traditional customers in export markets,” USA Rice says). But don’t look for the price to go down (“Many factors are driving the higher prices, and U.S. farmers facing high fuel and fertilizer costs are experiencing the same price volatilities felt by consumers”). In case you were wondering, 90 percent of the rice Americans consume each year is domestically grown. Half of U.S rice production is exported.

Many variables will impact how these projections play out: how soon farmers can get crops planted; how much rain falls on nonirrigated farmland; temperature and other weather issues; and how efficiently the harvest comes in, not to mention the relative strength or weakness of the U.S. dollar relative to import/export issues and how rich financial speculators think they can get by jacking around prices in the futures markets. It’s a lot to think about, but it looks like restaurant operators might want to accept the fact that food prices won’t be reverting back to what we used to consider “normal” soon. There’s a new normal now.