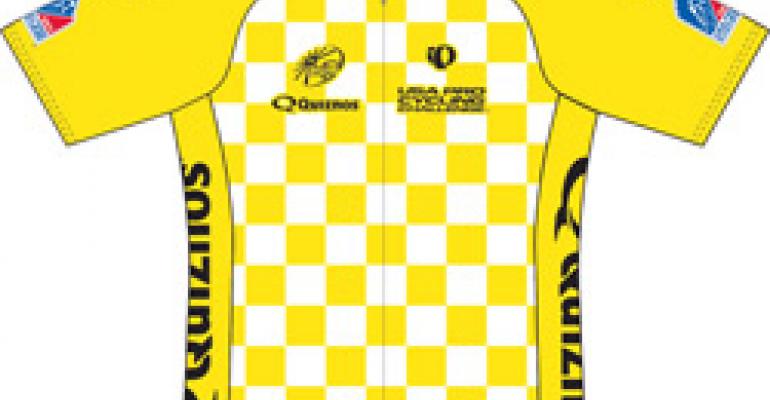 Could A Bike Race Crash Quiznos?

No doubt sandwich chain Quiznos will reap a publicity bonanza from its sponsorship of the USA Pro Cycling Tour in Colorado later this month. But will spending a big part of its marketing budget on a bike race be deemed a frivolous expense for a company the Wall Street Journal reports “is on the brink of default”?

The buzz has already begun to build around the USA Pro Cycling Challenge. It’s a seven-day, 518-mile-long race through the mountains of Colorado that hopes to build the same type of popularity here that the Tour de France enjoys throughout Europe. Promoters promise 128 of the world’s top riders will compete, representing 16 of the leading teams.

Backers want to produce a world-class bicycle race like this country has never seen, and they’ve got the talent and the terrain to do it. Twenty-five hours of live television coverage on Versus and NBC, complete with the same announcers who handle the Tour de France, will give this event a big-time feel right from the start. It also helps that stages start or end in well-known Colorado mountains towns like Aspen, Vail, Crested Butte, Breckenridge and Steamboat Springs.

Denver-based Quiznos and its sponsorship commitment had a hand in getting this race off the ground last year. In fact, up until this past April, this race was known as the Quiznos Pro Challenge. The restaurant chain’s involvement is now limited to backing one stage of the race and sponsoring the overall race leader’s jersey.

French bank Credit Lyonnais gets incalculable exposure from its sponsorship of the “maillot jaune”—the yellow jersey worn by the overall leader each day at the Tour de France. Perhaps Quiznos will receive a similar publicity boost from its checkered yellow print jersey that will be festooned with giant Quiznos logos.

Let’s hope it does, because Quiznos can use some help. Once numbering 5,000 stores, which in their day were the only places QSR consumers could get a toasted sub sandwich, the chain has shrunk in recent years. It still has good food, but stiff competition and ongoing spats within its franchisee community have contributed to a decline in the chain’s unit count to 3,500.

Privately held Quiznos recently told its lenders that same store sales plummeted 13 percent in May. “With sales sliding, Denver-based Quiznos told lenders July 8 that it would soon violate loan terms, which would put the chain in default and could trigger demands for immediate repayment of its debt,” the Journal reported.

“The chain has hired Wall Street restructuring advisers to negotiate with its lender, and said it has taken steps, such as cutting food costs, which it hopes will improve cash flow.”

Quiznos’ bike race sponsorship was a smart marketing move when the company first made it. The company got in on the ground floor of an event that could turn out to be huge, and bike fans fall into the prime demographic for QSR sandwich consumption. But it will be interesting to see how it all plays out against a backdrop of financial troubles. Let’s hope it gets Quiznos back on track.

The USA Pro Cycling Challenge kicks off on Aug. 22 with a prologue in Colorado Springs and concludes in Denver on Aug. 28.