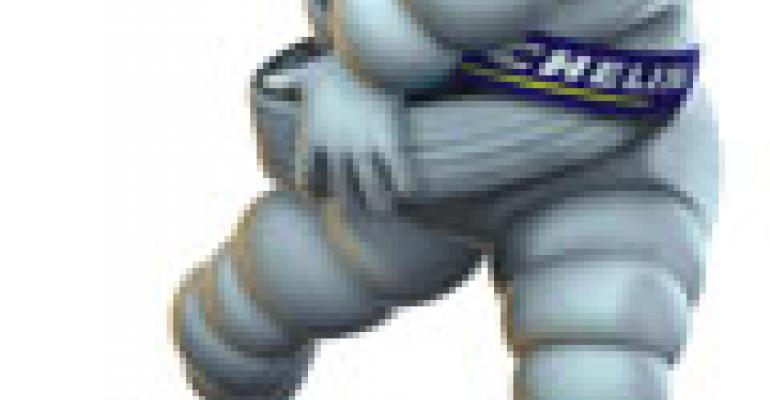 Want to know where the restaurant world is headed? Take a look at the 2011 editions of the Zagat Guide and the Michelin Guide. You know something is up when these arbiters of high-end dining start emphasizing cheap eats.

Don’t get us wrong. Zagat and Michelin still focus on the full-service restaurant world’s big-ticket operations. These two own that franchise. Even in an era when social media produce a nonstop stream of restaurant criticism and conversation, the print versions of Zagat, which aggregates consumer surveys from interested diners, and Michelin, which relies on a team of anonymous inspectors, still set the standards.

But this year’s editions of each acknowledge that the winds of change are blowing through the restaurant world, with affordability now being the key.

Take a look at the 2011 Zagat San Francisco Guide. In any other year, news that Gary Danko edged out Thomas Keller’s The French Laundry for best food would be the lead story. But not now. Instead, it’s Zagat’s decision to give food trucks full ratings and reviews that’s getting all the ink. In fact, a food truck won the Best Bang For The Buck Category, as a rig from El Tonayense (which also has a brick-and-mortar location) took the top spot. It’s no small honor; this multiple-unit taco truck enterprise beat In-n-Out burger, a perennial favorite.

Results from Zagat’s San Francisco survey reveal that 23 percent of respondents use Twitter and/or Facebook to keep tabs on the food trucks’ whereabouts. Which is to say, almost one-quarter of this sophisticated market is looking for adventurous food, but don’t want to spend full-service restaurant prices to eat it.

“The down economy had made dining out more affordable, and diners have plenty of options to chose from,” says c.e.o./founder Tim Zagat. “However, the good news for consumers may be bad news for restaurateurs as fine dining spending has declined. Fortunately, 51 percent of surveyors are confident that fine dining will bounce back with the economy.” Let’s hope so.

They’re reaching out to the middle of the market at Michelin this year, too. In advance of the release of the Michelin Guide 2011 for New York City, the company took an unusual step. It sent staffers to each of the 95 restaurants that are recipients of Michelin’s Bib Gourmand designation, which is meant to indicate a place where the customer can get an affordable, low-key meal without breaking the bank. Each restaurant was given a chalk drawing of the Michelin Bib Gourmand logo on the sidewalk in front of its door to mark its inclusion on the list.

Consider it another signal that people are looking to spend less when dining out. “Every time we release a book, people talk about the stars, but it’s only five percent of the selection,” says Michelin Guide director Jean-Luc Naret. “They forget about the other 95 percent of the other restaurants. People love the Bib Gourmand, and we want to make sure New Yorkers know that,” Naret told website Eater.com.

What exactly does this designation indicate? “A Bib Gourmand rating means the restaurant is an inspector's favorite for good value,” the Michelin people say. “For $40 or less, you can enjoy two courses and a glass of wine or dessert (not including tax and gratuity). They are an ideal resource for consumers looking for the perfect meal at a reasonable price. For everyday New Yorkers, Bib Gourmand restaurants represent the best hidden culinary value that the city has to offer.”

Taken together, it’s clear that the people who analyze the restaurant world most closely have come to the same conclusion, even though they use much-different methods to do so. Customers still want the same level of dining experience they used to get, or better, but they want to pay less for it. That’s where the market is going today, Zagat and Michelin are telling us. Operators who can figure out how to give these tight-fisted patrons what they want at are going to do well.