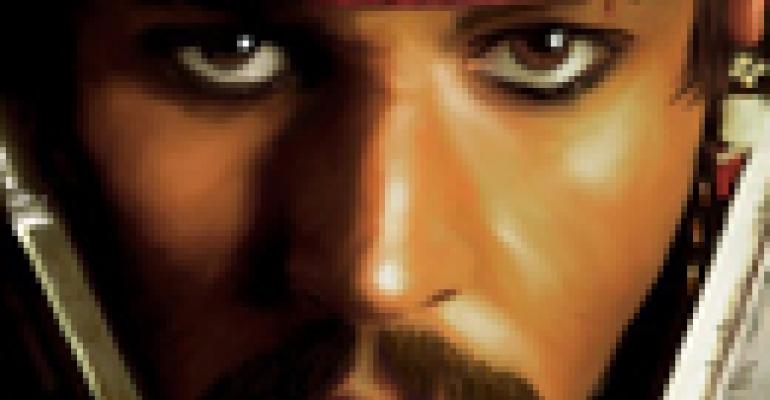 Sure Johnny Depp forked over millions to buy a Caribbean island that he could call home. But the actor is well known for caring a lot less about money than the thieving pirate he plays in movies. That he proved recently in Chicago where he left a $4,000 tip for a waiter at Gibson’s Steakhouse.

Depp and the cast of “Public Enemies” were recently in Chicago for the premier of “Public Enemies,” a movie where he played John Dillinger. At about 11:30 p.m., many of the cast members went to Gibson’s for a late dinner. Among other things, Depp and his gang ordered several $500 bottles of Italian wine. When the bill arrived around 2:30 a.m., Depp picked it up, all $4,400 of it.

Thankful for the late-hour service, Depp rewarded his waiter, Mohammaed A. Sekhani, a $4,000 tip. Sekhani said Depp is a fan of Gibsons and had visited the restaurant on several previous occasions in which Sekhani waited on him.