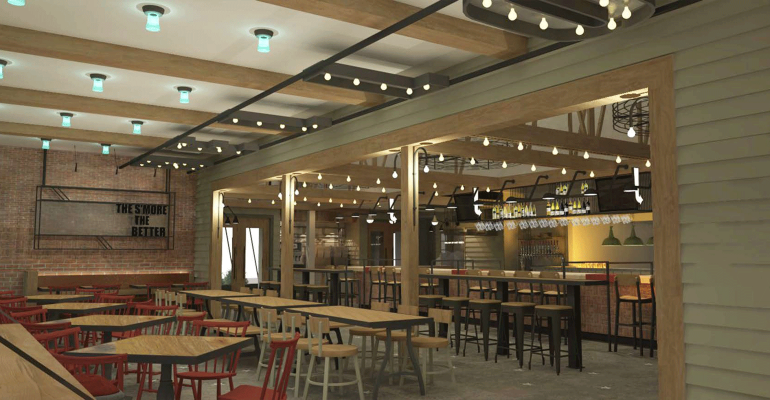 Facing rising costs, the founders of the Wood Ranch BBQ & Grill chain plan to launch a new hybrid variation of the casual-dining brand with a smaller format and streamlined ordering system, the company said Thursday.

The new concept will be called WR Kitchen & Bar, and will debut in Laguna Niguel, Calif., this spring.  A second location is set to open in Carlsbad, Calif. in the fall.

For the last eight years, the operators of Wood Ranch have kicked around the idea of opening a smaller-format concept. The possibility of opening a fast-casual-style restaurant was never a necessity “as much as it was something we were curious about,” co-founder and CEO Eric Anders said.

The founders toyed with the idea because the “cost of doing what we do is becoming more and more expensive to deliver great value to the guest,” Anders said.

But instead of creating a fast-casual eatery, the Westlake Village, Calif-based company is going with a hybrid concept.

The new variations will retain about 80 percent of Wood Ranch’s menu, including the chain’s famed meat and rib plates, which are slow smoked then finished over a wood fire. New items include tacos with choice of brisket, pulled pork, smoked steelhead trout or roasted chicken.

The footprint of the restaurant is smaller at 4,000-square feet, compared to a traditional 7,000-square-foot Wood Ranch restaurant. WR Kitchen’s menu will feature smaller portion options, such as the ability to order four ribs instead of a full or half (6) rack. 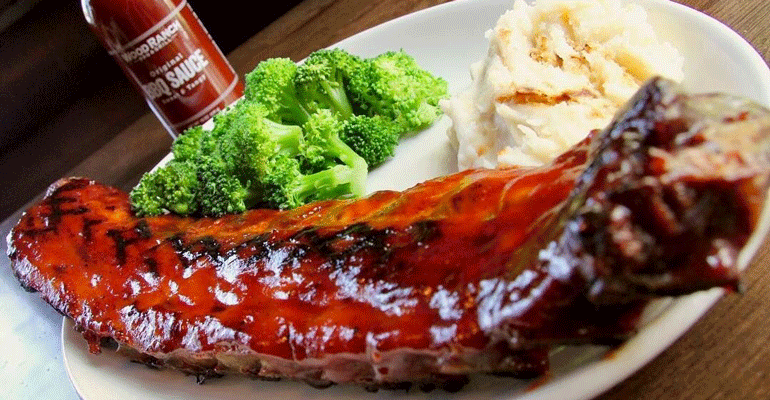 Anders said the new format gives diners a slightly smaller check average of roughly $20 at dinner versus $25 at a full-service Wood Ranch.

Diners also will get in and out faster because of WR Kitchen’s ordering system. This is where the new format takes an unusual turn.

When diners walk in, they’ll face a bar that stretches the length of the restaurant. Diners will order their meal and drinks from a bartender at the bar, which will be outfitted with three ordering stations.

Once diners order, they’ll be given a pager. They can sit anywhere in the 140-seat restaurant. If customers decide to order more food or drinks, a team of servers will be circulating the dining room to check on guests and take additional orders for food or alcoholic beverages. Customers with sodas can refill on their own at a self-serve soda station.

Payments for additional orders are made tableside using an iPad.

“We’ll never sacrifice quality, but we are making our service and systems more efficient and economical for our guests,” Anders said in a statement. “We’re excited about what we’ve developed and believe our guests will be too.”

The entire new setup is designed to maintain Wood Ranch’s high-level of hospitality. That’s why Anders says WR Kitchen is not a fast-casual eatery.

“We were very clear that we didn’t want to do fast casual. We don’t want to be in the fast-food business,” Anders said. 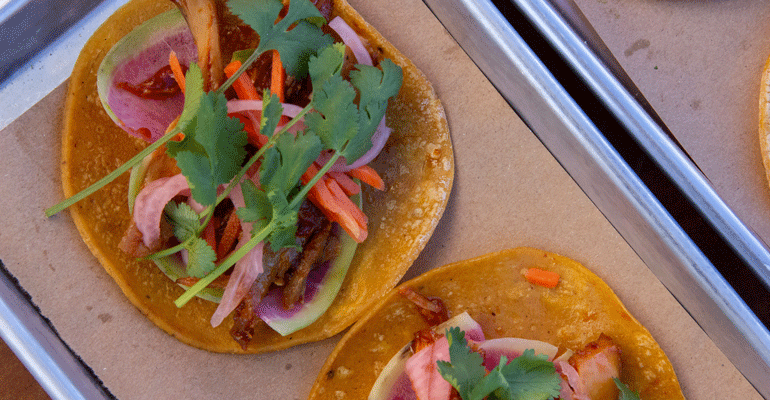 The first Wood Ranch BBQ & Grill opened in 1992 in Moorpark, Calif. Anders and his buddy, Ofer Shemtov, wanted to serve smoked meats and grilled steaks in a more upscale-casual setting, compared to a typical barbecue restaurant.

They now operate 16 locations in Southern California. The most recent to open was in Burbank in 2017. It cost $4 million to build. That same year, the chain raised menu prices 1.5 percent to offset rising labor costs in California, which jump to $15 an hour in 2022. In 2018, Wood Ranch’s menu prices went up 3 percent.

“It’s been a slow creep,” Anders said, adding that it has been tough to keep prices approachable for casual-dining consumers.

“How do you remain casual when the forces at work require you to charge $18 for a hamburger?” he said. “The last thing we want to do is raise prices.”

With the minimum wage rising every year and construction costs soaring, Anders said it was time to rethink the company’s next phase of growth.

He challenged his team to reimagine Wood Ranch so it could succeed for another 27 years. That’s when WR Kitchen was born.

While Wood Ranch had its best year ever in 2018, in terms of sales, Anders said it is possible that Burbank might be the last traditional full-service restaurant that the company will build.

Future growth could be through the WR Kitchen format, which cost “substantially less” to build, he said. It also requires 80 employees, about 50 fewer than the larger-format restaurant in Burbank.

“If these two are home runs for us, it would be hard to open another 7,000-square foot restaurant,” he said.