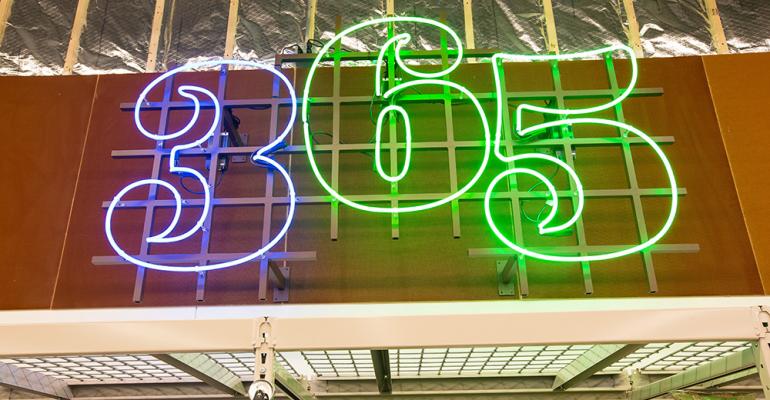 The Southern California-based operator of an Asian fast-casual build-your-own-bowl concept was rocketed onto the national stage with the opening of its third location in a Whole Foods Market last week.

Yellow Fever debuted at a Whole Foods 365 unit in Long Beach, Calif., sparking a national debate about the name in social media, and prompting a story Monday in The New York Times.

The phrase “yellow fever” describes a mosquito-spread virus, but is also a slang term for white people with an Asian fetish, often applied to white men who have a preference for Asian women.

Kim for years has described the concept as a tongue-in-cheek attempt to be memorable, saying it represented “re-appropriation,” taking ownership of the term “yellow fever” and redefining it. On the wall at the Torrance location, a signature neon sign states, “Be yellow” and the menu celebrates flavors and ingredients from across Asia, Hawaii and California.

As news of the Whole Foods opening spread, however, critics attacked both the chain and Whole Foods on Twitter, and not only because of what many described as racist implications.

stunned by the amount of ignorance that went into creating something as racist and degrading as an eatery called "yellow fever" and #yellowfevereats. this means multiple people pitched this, approved this, designed this, and funded this. trash https://t.co/cPfvnIR4AM

stunned by the amount of ignorance that went into creating something as racist and degrading as an eatery called "yellow fever" and #yellowfevereats. this means multiple people pitched this, approved this, designed this, and funded this. trash https://t.co/cPfvnIR4AM

This is literally one of the most tone-deaf things I've seen in a while. Yes, even if the chef/owner behind this is Asian, #YellowFeverEats is just an irresponsible representation of... well anything Asian. https://t.co/5QqoQ5TU5B

#YellowFever : Why Does A Restaurant Have The Name Of This Disease?

Would you eat at the Rabies Restaurant? How about the Diarrhea Diner? Plague Pies? Hepatitis Hotcakes? Or maybe the Tuberculosis Tea House?https://t.co/nkC1JM2gBg #YellowFeverEats pic.twitter.com/dcyLTJtQN9

Some defended the restaurant concept’s name choice, saying the implied racism is perhaps in the eye of the beholder.

Whole Foods is slammed over a pan-Asian restaurant called Yellow Fever, located inside a California store, as the restaurant's owner claims the name is not racist https://t.co/XwGzsUQs78 pic.twitter.com/2TfZF0Tfx1

The restaurant, however, has stirred the pot for years with boundary-pushing marketing tactics.

A Halloween promotion on Facebook, for example, featured the phrase “Five dolla make u holla,” a line from the movie “Full Metal Jacket” in which a Vietnamese prostitute offers her services.

@YellowFeverEats please explain your philosophy to me. why do u think it's ok to use this moniker?

On Facebook last week, Yellow Fever officials did not address the controversy directly, but noted that “hate is heavy,” and thanked fans for their support.

In a statement to the New York Times on Saturday, Kim said, “Yellow Fever celebrates all things Asian: the food, the culture and the people, and our menu reflects that featuring cuisine from Korea, Japan, China, Vietnam, Thailand and Hawaii.”

Kim and Whole Foods officials did not immediately respond to requests for comment.

The Whole Foods Market 365 location in Long Beach opened April 25, and the 28,000-square-foot smaller-footprint store is the eighth in the U.S.

The market location will be Yellow Fever’s first to serve beer and wine, according to Whole Foods.

The concept offers a menu of customizable bowls served on a choice of rice, noodles or greens.

The proteins are raised antibiotic free and without added hormones, the produce is local and often organic, and sauces are made in house.