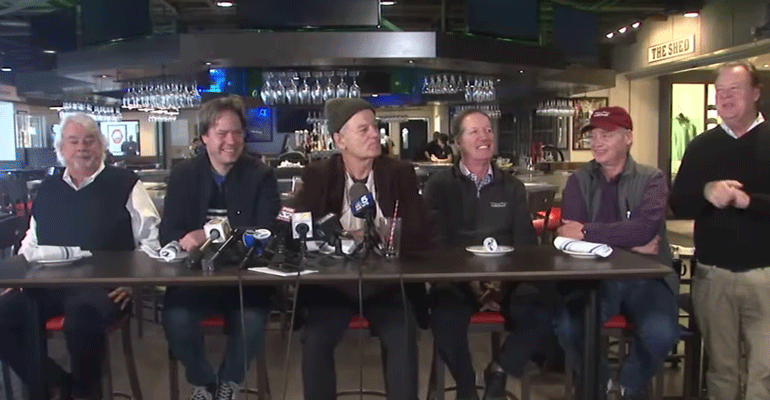 The second location of the themed restaurant debuted in Chicago

Actor Bill Murray and his brothers were present at the launch of the second Murray Bros. Caddyshack location in Rosemont, Ill., a suburb of Chicago. He shared his thoughts on the concept and why it has special meaning for their family.

Conceived by Andy Murray, chef and brother to Bill Murray, and his friend and entrepreneur Mac Haskell, Caddyshack is a restaurant concept themed after its namesake, a golf comedy film released in 1980, and the Murray family.

The flagship restaurant, located in St. Augustine, Fla., opened in 2001 and the second unit recently debuted to the excitement of movie fans in the Chicago area.

The new restaurant is decorated with memorabilia from "Caddyshack," "Groundhog Day" and other films featuring Bill Murray.