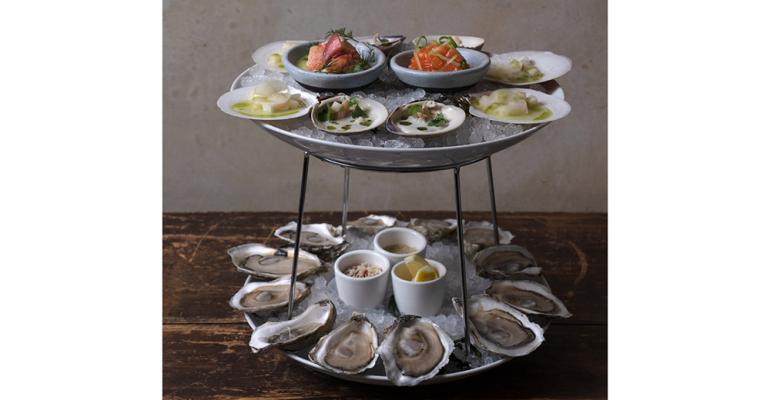 The restaurant will be a “coastal sister” to USHG’s Maialino in New York’s Gramercy Park Hotel, which opened in 2009. Maialino Mare’s menu will highlight seafood pastas and whole-grilled fish, tapping local fishers and farmers, with a robust Italian wine list and rustic desserts.

“For the past decade, Maialino has earned its place as a beloved gathering place for Manhattan’s Gramercy Park community — paying homage to the gutsy flavors of Rome, both on the plate and in the glass,” said Meyer, CEO of USHG, in a statement. “Now we’re excited to introduce Washingtonians to its new cousin — Maialino Mare —which will express that same Roman spirit, but with an even greater selection of seafood on the menu.”

Here’s a look at both Anchovy Social and Maialino Mare’s menu.