The newest entrant at the Pearl in San Antonio is Carriqui: an ambitious 11,000-square-foot, 380-seat concept opening Sep. 2. It comes from the newly-formed group, Potluck Hospitality, and will serve lunch and dinner seven days per week in a historic building dating back to the late 19th century.

Carriqui is named for the green jay that’s native to South Texas, and the menu follows the bird’s flightpath, highlighting foods from the Rio Grande Valley to the Texas coast, and north to San Antonio. The kitchen is led by executive chef Jamie Gonzalez, and menu items include fresh Gulf seafood, pit-smoked barbacoa and brisket, freshly made masa and margaritas.

The menu features starters like Japanese milk bread and lobster dumplings, plus nigiri and maki. Steaks range from USDA Prime cuts like New York strip and ribeye to Japanese cuts, including an olive-fed filet mignon from Kagawa and snow beef from Hokkaido.

Opened Aug. 12, chef Masaru Fukuda’s restaurant celebrates Nikkei cuisine: the distinct food born out of Japanese immigration to Peru. Pacha Nikkei got its start at the now-closed Politan Row food hall before moving to its own space on Houston’s bustling Westheimer Road. The space seats about 100 diners, including 10 at the ceviche bar.

Chef Jacqueline Blanchard opened Sukeban in late July. Modeled after a Japanese izakaya, it draws on her experience cooking around the world and traveling extensively in Japan. Blanchard also owns Coutelier, a culinary shop focused on hand-forged Japanese knives. The space is anchored by a 16-seat hand roll counter that gives diners a view of the action.

Sukeban specializes in temaki stuffed with local seafood, including Gulf shrimp, crawfish and blue crab. The menu also features a selection of sashimi and sides, like izakaya-style potato salad, spinach ohitashi and rice, plus natural wines, sake, and Japanese whisky and beers.

Dallas restaurateur Mico Rodriguez started some of the city’s favorite Tex-Mex concepts, including Mi Cocina and Mesero. Now he’s branched out with Doce Mesas, which opened Aug. 1. It’s technically the second location — he renamed his Mr. Mesero restaurant to Doce Mesas back in 2018 — but the new iteration is larger than its cozy sibling, with 120 seats indoors and plenty more on the spacious patio.

Doce Mesas is a nod to the original Mi Cocina, which opened in 1991 with 12 tables. The restaurant serves a handful of classic Mexican and Tex-Mex dishes, like tacos al pastor, chicken enchiladas, ceviche and pozole. Like Rodriguez’s prior restaurants, it includes a few American dishes, too — in this case, a burger and a crispy chicken thigh sandwich.

Gigi’s got its start as a weekly pop-up operating out of Gato, a Mexican restaurant in the Candler Park neighborhood. Gato closed in July, and Gigi’s took over, extending its Italian pop-up concept into a permanent restaurant dotted with red-checkered tablecloths.

Food changes with the seasons, but menu items include starters like a Caesar salad and beef carpaccio, plus larger plates like chicken marsala with oyster mushrooms and grilled focaccia, and fresh tagliatelle with cherry tomatoes, sweet corn and okra. 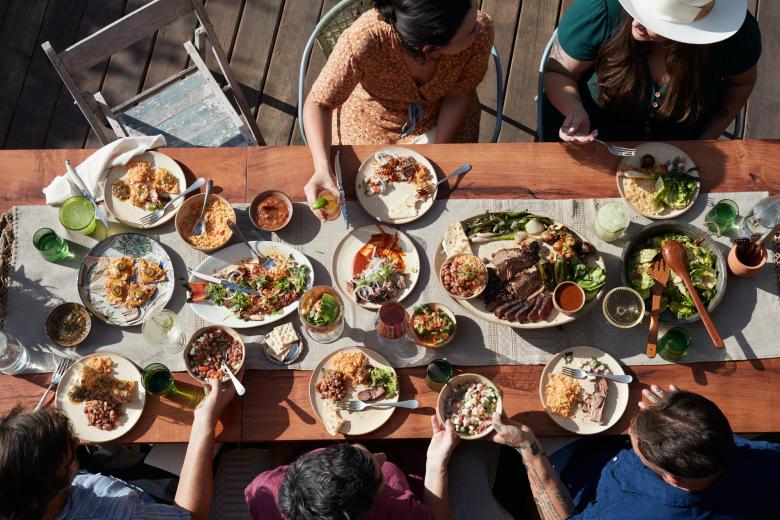