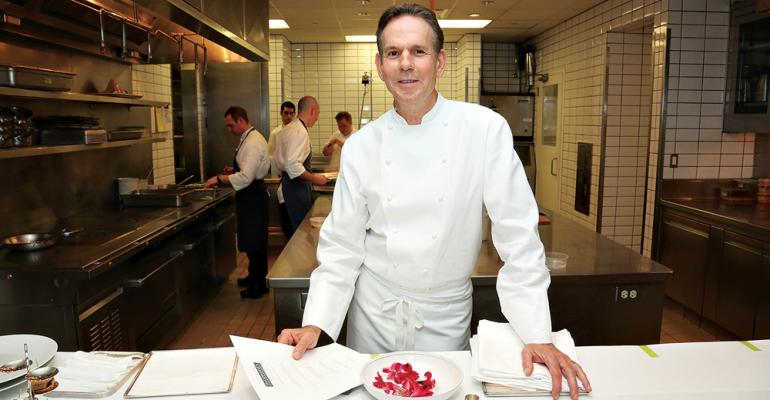 The Michelin-starred chef will open La Calenda in Calif. this spring

Celebrated chef Thomas Keller of the award-winning Per Se and The French Laundry restaurants will open his first Mexican concept this spring in Yountville, Calif., where he already owns and operates several eateries.

Called La Calenda — Spanish for the candle — the new concept will replace the now-shuttered local staple, Hurley’s, according to a report by Eater.

A Thomas Keller Restaurant Group spokesperson said that the restaurant will feature cuisine from a variety of Mexican regions, including Oaxaca, a central Mexican region known for its use of ingredients like mole sauce, chocolate, and mezcal.

The company said it is not releasing further details about the new concept at this time.

Job listings for the restaurant posted on Craigslist say that La Calenda will “showcase authentic Oaxaca cuisine in a relaxed and lively environment” and that the “casual venue” will also feature “live music and tasty libations.”

In May, speculations that Keller was exploring Mexican cuisine began when a job listing appeared on Craigslist for a chef de cuisine that specializes in Mexican food.

This spring, Keller will also be opening TAK Room, adding his brand to the growing roster of eateries associated with New York City’s Hudson Yards development.