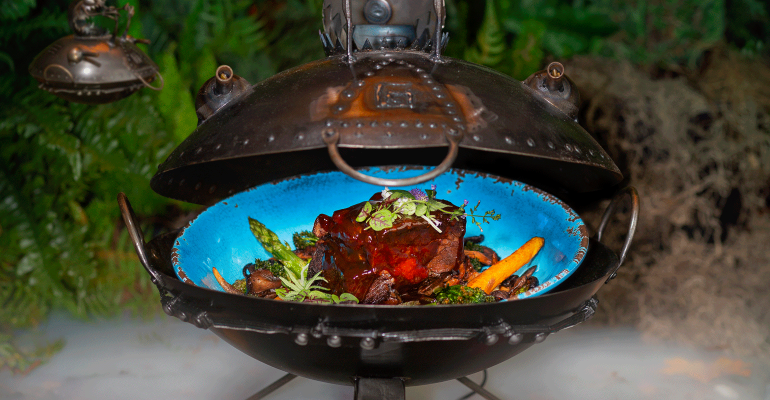 At Barton G. the Restaurant — which opened its third location in Chicago earlier this year — over-the-top theatrical presentation is just as important as the food itself.

The intergalactic Spaceship Shortribs were inspired by the movie E.T., restaurant founder Barton G. Weiss said. The dish arrives to the table in a mothership made of customized metalwork. When servers open the “spacecraft” by hand, a cloud of steam clears to reveal the slow-cooked short ribs in red wine with mashed potatoes, heirloom carrots and mixed mushrooms. 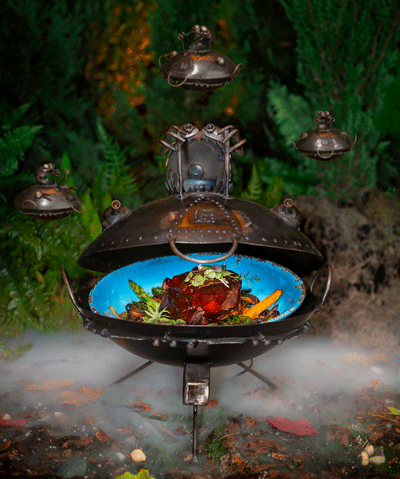 Additionally, at the newest Barton G., you’ll find Chicago-inspired pieces of edible artwork like the sherry-laced lobster Cocktail Bisque, which arrives in a cocktail shaker, and upscale versions of Chicago dogs called Windy Dogs made with ingredients like smoked salmon and quail egg. There are also house-made “Lobster Pop-Tarts.” The restaurant’s average check is about $80 to $100 per person.

Calling Barton G. “the most Instagrammed restaurant in the world,” the Miami-based restaurant group began life as a design company and now presents a tableside staging of edible storytelling to each customer, with the menu shifting per location.

The 6,000-square-foot Chicago unit opened in January and joins sister restaurants in Miami and Los Angeles.