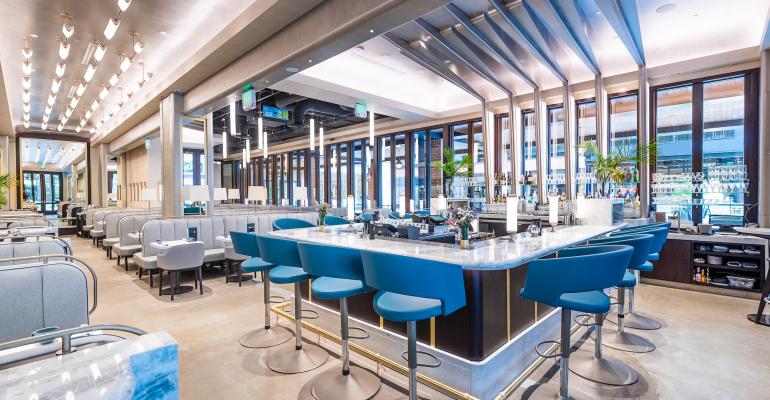 Steve Salis is bullish on growth in the Washington, D.C. area under platform company Catalogue

With an eye out for “lightning-in-a-bottle” restaurant concepts that meet the varying needs of modern consumers, Steve Salis’ platform company Catalogue is preparing both for organic growth and strategic investment.

The co-founder of &pizza and owner of Salis Holdings is growing his network of brands under the Catalogue umbrella, including the brunch-all-day concept Ted’s Bulletin, which is soon to reach eight units, as well as the barbecue restaurant Federalist Pig and a flex-casual chicken concept Honeymoon Chicken.

Catalogue is also looking to bring in more restaurant brands, either through acquisition or investment, to leverage shared philosophies, efficiencies and best practices, he said. The company is poised to add a seventh brand very soon, though he could not yet disclose details.

Salis is also known for creating a special purpose acquisition company, or SPAC, called Sizzle Acquisition Corp. last year that raised $155 million with an initial public offering. A separate entity from the privately held Catalogue, Sizzle is also looking for acquisition targets in the restaurant, technology and retail world. 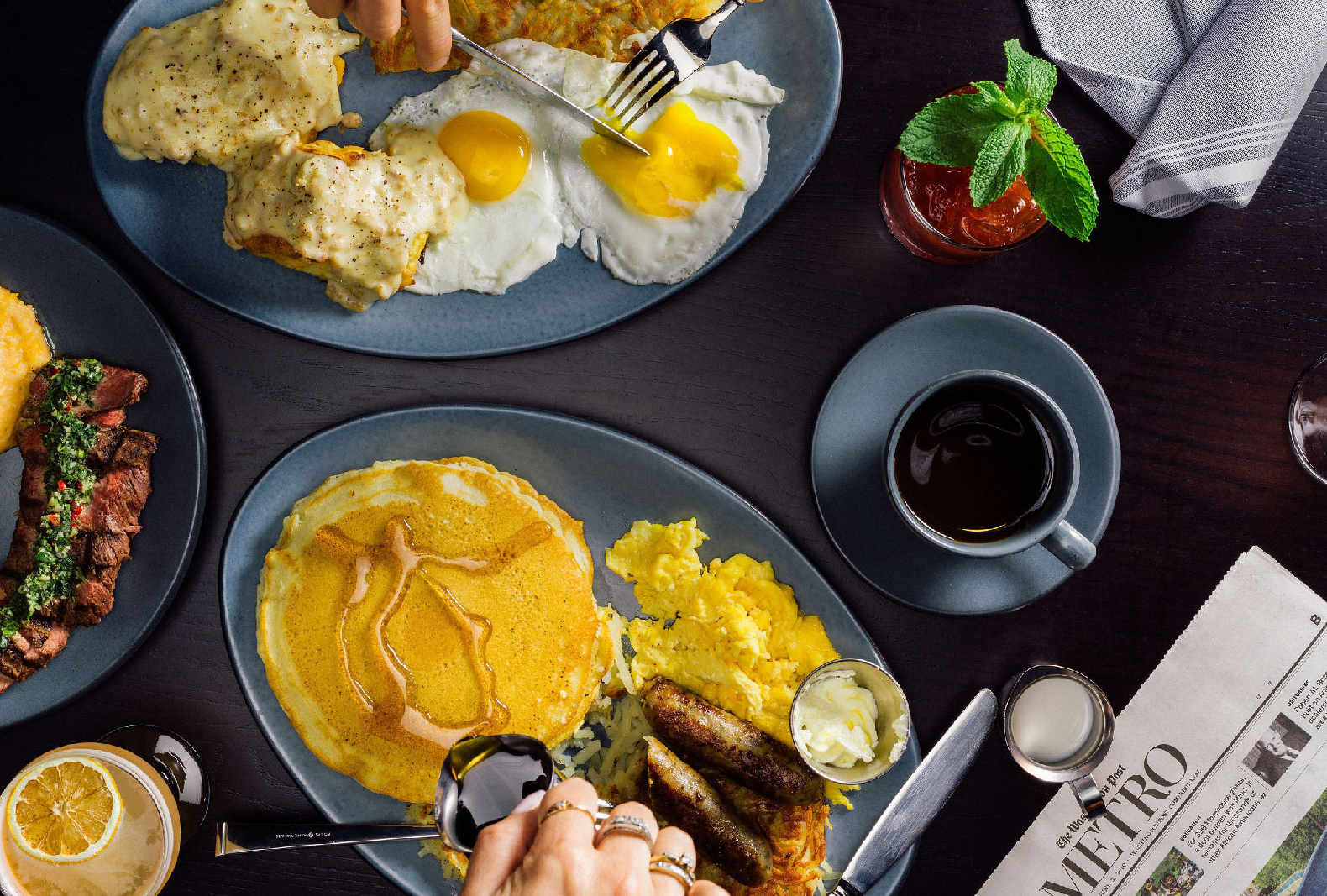 Salis said Sizzle is negotiating multiple deals and he hopes to make an announcement in the near future — but on that, also, he could not offer details just yet.

In the meantime, Salis is growing the six brands under the Catalogue umbrella throughout the greater D.C. area while wearing multiple hats as a founder, entrepreneur, investor and operator. “I wear those hats, I think, as well as anyone in the space,” he said.

He was 25 years old when he co-founded the fast-casual &pizza with current CEO Michael Lastoria, though Salis exited that company in 2019.

Now with Catalogue, he is shifting into growth mode with its existing brands. Here’s what is planned:

Ted’s Bulletin was acquired from former owner Matchbox Food Group in 2017 when the casual-dining chain had five units. The prior owners had “gotten out over their skiis,” Salis said, describing the chain as “stressed, not distressed.” He sees the breakfast daypart as underserved and a “major point of differentiation.”

Salis' investments in the brand have gotten the attention of landlords. Salis said newer second-generation units have beefed up dinner options and significantly increased bar sales. First generation stores had a food/liquor ratio of about 91%/9%, for example, while new units are 75%/25%, which has boosted margins.

By next year, the chain will double in size to 10 units.

Catalogue is also looking at growth opportunities for a particularly popular baked good item from Ted’s, which are called Ted’s Tarts. The sweet treat was initially called Pop Tarts by the prior owner, until they got a cease-and-desist letter from Kellogg’s, Salis said.

Ted’s Tarts alone are a seven-figure business, Salis said, so the company is looking at how to scale that revenue stream, whether through direct-to-consumer or wholesale opportunities, or something in the middle, he said.

Out of Ted’s also comes a limited-service bakery and coffeeshop concept called Sidekick Bakery, which operates out of Ted’s units in some locations, but the company is testing stand-alone units as well. “It will be a stand-alone brand,” said Salis. “The question is to what extend do we want to scale it up.”

Also growing under the Catalogue platform is Federalist Pig, a flex-casual regional barbecue concept with an average check of $25 and a full bar. Developed with chef Rob Sonderman, Federalist Pig first opened five years ago.

Nominated for its third Michelin Bib Gourmand listing this year, Federalist Pig has two more brick-and-mortar locations in the works in the greater D.C. area. Salis said the company is waiting on permits, but a mobile kitchen is serving the neighborhood at one location out of the parking lot. 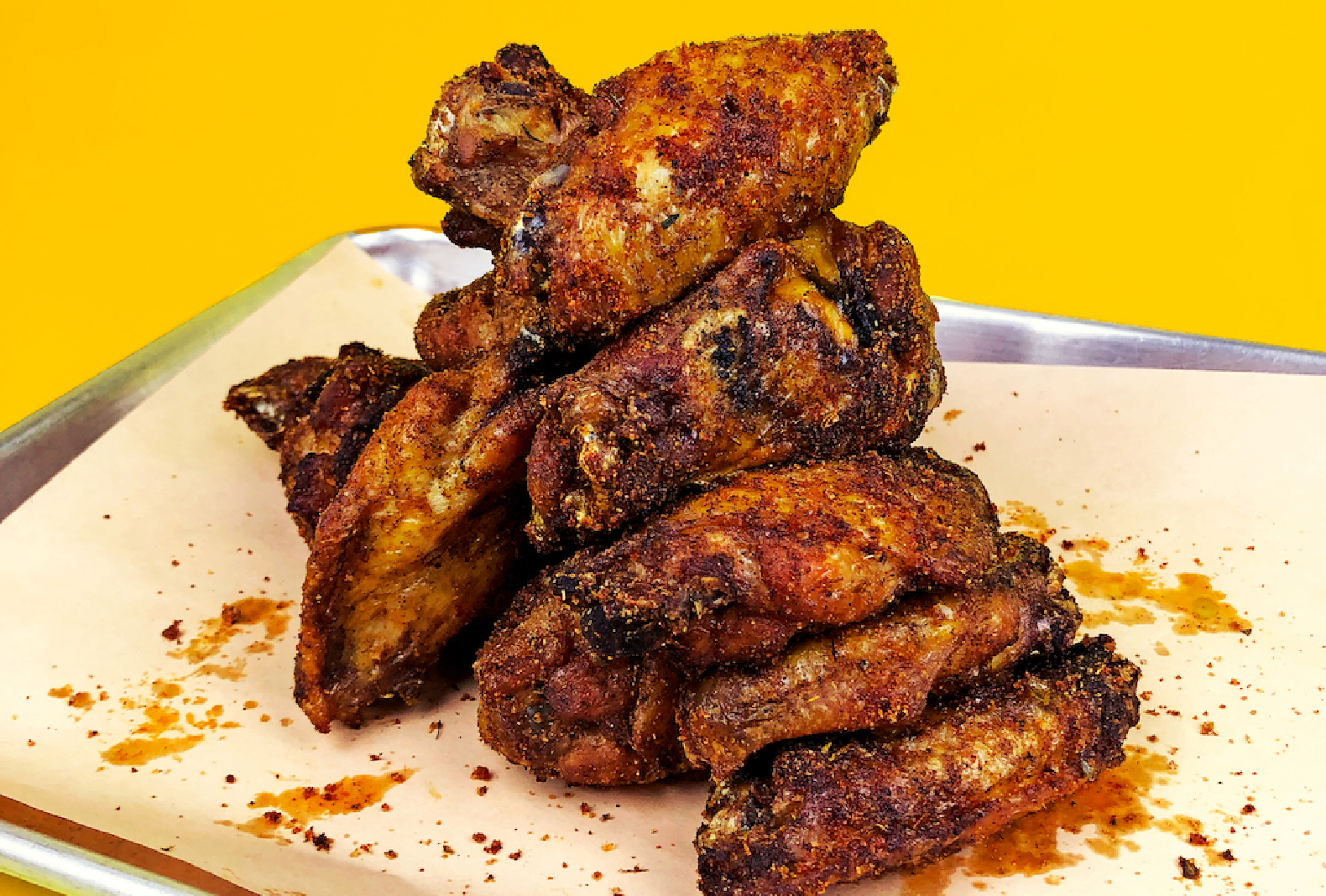 This year, Sonderman also co-developed another flex-casual brand called Honeymoon Chicken. Described as “fancy meets funky,” this concept offers fried chicken with a full bar, with promotions around pairings like a bucket of chicken with champagne. “We sell more Veuve Clicquot than I ever thought we would,” Salis said, adding that Honeymoon Chicken is “doing international telephone numbers” in sales (referring to added zeros). “This thing is a total pistol.”

Currently, Catalogue is negotiating two more locations of Honeymoon Chicken, which he expects to open within the next 12 months.

In the D.C. suburb of Bethesda, Md., Catalogue is also testing a digital food hall called Ensemble Kitchen, which offers the menus of the four brands out of one kitchen, for delivery or takeout.

A year in, the experiment has given the company a lot of data on consumer behavior, he said. Salis sees potential for using Ensemble as an incubation hub, to test new products or concepts, but he is not currently looking for more Ensemble locations.

Under Catalogue is also the iconic D.C. one-off concept Kramers Bookstore, a café, bar and bookstore founded in 1976 that has become internationally known. Salis said the bookstore’s lease was about to run out in 2019 and founders tried to sell it to staff, but they couldn’t come up with financing. Salis bought it and had planned to invest in renovations, but now he said the landlord will not renew.

For the first time in close to 50 years, Kramers Bookstore will have to move when the lease is up in 26 months, said Salis. He is looking for a location close to the existing Dupont Circle spot, where the restaurant and shop has been a mainstay.

“I recognize that a lot of special sauce is indeed the location, but in light of what we want to do with it, and where it could go, we will do something very spectacular,” said Salis.

As with all the Catalogue concepts, the goal will be to bring Kramers up to speed as a modern concept designed to serve the varying needs of consumers today.

Salis said Catalogue is uniquely positioned as a potential strategic partner for “change-agent” entrepreneurs who are looking for scale that doesn’t necessarily depend on unit growth alone.

“I recognize that unit growth is a significant way to grow businesses,” said Salis. “It’s a way, not the way.”

Where private-equity investors might typically offer funding and expect a CEO to hit certain unit milestones and returns on investment within a certain timeframe, Catalogue sees things differently, he said.

“My belief is that this takes time,” he added. “The &pizzas, the Cavas, the Sweetgreens of the world, they’re not built in five years. This takes a long time.”