This chain based in South Korea specializing in fried chicken recently opened a Seattle outpost offering its specialty with five different sauces, including soy-garlic, spicy Korean barbecue and sweet-and-savory yangnyeom. The menu also includes mandu dumplings, noodles, tteok-bokki rice cakes and more. Prices in the 1,300-square-foot space range from $15.99 to $30.

Gangjeong chicken is sweet, crispy and coated in honey, and it’s one of the specialties at Sodam.

The restaurant also serves its own version of chewy ramen in a spicy broth.

Will Gordon, former executive chef of Westward restaurant, runs this restaurant focusing on bar food such as wings and nachos, a dressed-up hot dog and a barbecue rib sandwich, as well as a variety of specialty cocktails such as lavender Martini and the Killer Wasp, with mezcal, St. Germain, and lemon.

The George offers a modern, brasserie-inspired dining experience in downtown Seattle, with a menu that features fresh seafood, including bouillabaisse (pictured), and dry-aged meats sourced from across the Pacific Northwest, as well as pasta and seasonal vegetables.

Located in a historic dining room in the Fairmont Olympic Hotel, the 4,500-square-foot space originally opened in 1924 and has served as a social hub in Seattle for decades.

The George seats 100 and offers bar and lounge seating for 20, as well as a private dining room for 11.

Kamp’s owners say the restaurant is a place for people who live life without limits, although the menu also includes a robust selection of spirit-free cocktails, including a zero-proof Espresso Martini and a non-alcoholic whiskey sour. The 2,200-square-foot space seats 83 people, and the covered patio seats and additional 40 people.

The multicultural menu includes items such as a green plantain shrimp tostada, a confit jerk spice duck leg with ginger carrot purée, and boudin egg rolls. Entrées are priced at $15 to $28

This new 1,300-square-foot bar by Sea Creatures Restaurants, operated by Renee Erickson, Chad Dale, Ira Gerlich, and Jeremy Price is an homage to traditional bars of the Northwest, with a casual vibe, bar food and live sports.

The space seats around 30 people inside and another eight outside. Menu items include smoked oysters, jalapeño poppers, chicken wings and a meat loaf sandwich with ketchup bourbon glaze.

Chef and Owner Grayson Pilar Corrales created this Seattle-based restaurant and tapas bar that seats about 90 people, including the patio. The average per-person check is $55, but you can grab a snack and drink for $15.

The restaurant serves Galician-style tapas that Grayson’s grandmother taught her, such as these blistered peppers with bread crisps. It’s named after her aunt, Maria Pilar. 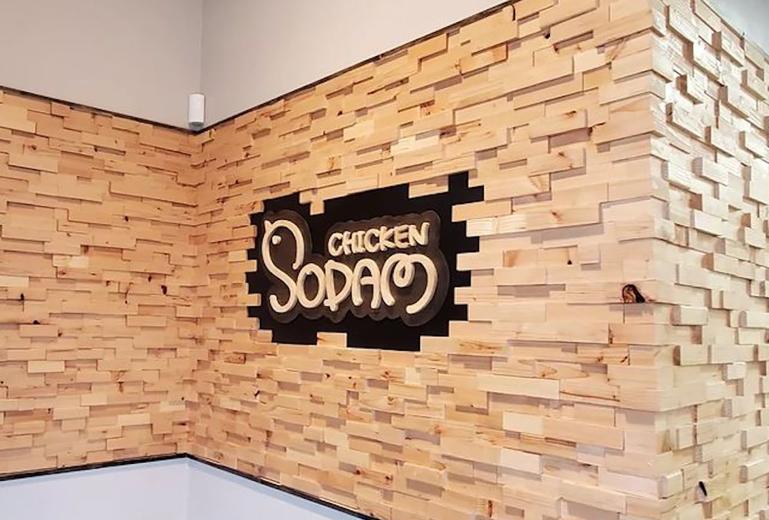