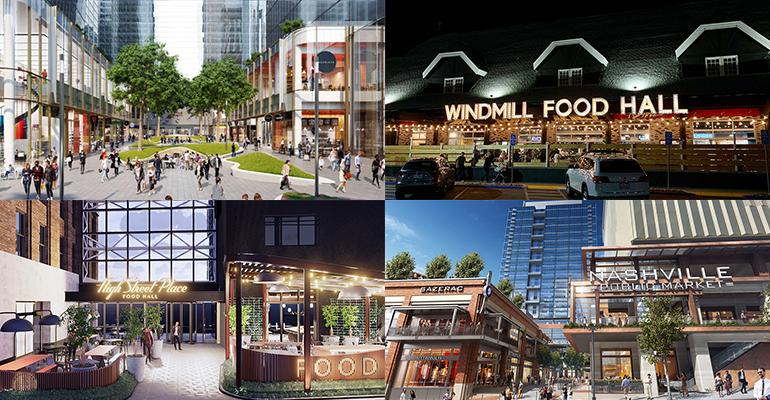 Start Slideshow ›
Collections of new and existing restaurants are coming to food halls in Boston, New York, California and Nashville

China Live, a food hall in San Francisco’s Chinatown that debuted in 2017, is planning to open a second location in Seattle that will be in Amazon’s new U.S. headquarters. Slated to open in 2021, this food hall will take over 13,000-square-feet, seat 300 and include full-service restaurants, bars and shops.

The San Francisco location cost $20 million to build and covers 30,000-square-feet of space in the city where it is touted as “the Chinese version of Eataly.”

Related: Time Out Market Chicago shapes up for later-2019 opening

First opened in Italy in 2007, Eataly has grown into a chain of food halls that now includes 25 locations worldwide.

Time Out has unveiled food halls around the world focusing on the local cuisine and chefs of each respective city. The most recent opened in Chicago in late 2019, including restaurants with the teams behind Michelin-starred Band of Bohemia, Fat Rice and more. The next Time Out food hall is set to open in Boston later this year.

Related: A new food hall incubator outside Indianapolis will give businesses a boost

A yet-to-be revealed food hall concept from award winning chef Tom Colicchio in Kansas City is on deck. No word on an opening date in 2020, but the 40,000-square-foot food hall is proposed to house 20 concepts that will focus on “exceptional but accessible food by national and local chefs.”

Take a closer look at some of the up-and-coming food halls across the country.