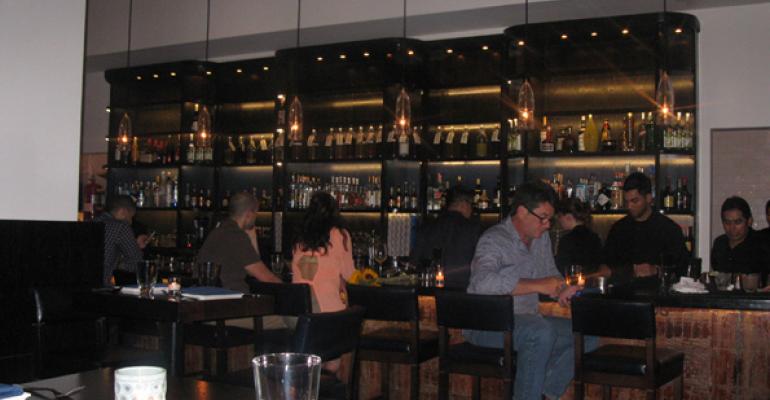 Chef and restaurateur Richard Sandoval made a name for himself cooking the Mexican food of his homeland. Now, he’s branching out with the new Peruvian restaurant Raymi in New York, which explores the many culinary influences of that South American country’s cuisine.

Menu items include not only indigenous Peruvian ingredients, such as quinoa, corn and potatoes, but the Spanish, Japanese and Chinese flavors that represent Peru’s cultural melting pot.

“The dishes will feature authentic flavors, but with a surprising twist,” Sandoval said in a release.

The menu features an extensive selection of small plates, as well as larger main courses and a full dessert menu.

Diners can begin their meal with traditional Peruvian ceviches or tiraditos (Peruvian sashimi, borrowing from the Japanese tradition). The ceviches are marinated in a house citrus “leche de tigre” dressing, which is light, refreshing and spicy without being overpowering. The ceviches range in price from $15 to $18, while the tiraditos range from $15 to $16.

Other small plates include appetizers; anticuchos, or seared skewered meats and seafood; and soups and salads. The Peruvian corn cake, $12, tastes of freshly shucked sweet corn, whose flavor is contrasted by an intensely savory mushroom ragout. And the prawn anticuchos, $13, feature an Andean black bean glaze, which tips a hat to Chinese black bean sauce.

Diners can make a meal of the small plates, but the main courses also stand out. A dry-aged New York Strip steak, $32, features a chimichurri sauce to cut its richness. Three entrees appear in a “From the Wok” section, which mashes up Peruvian and Asian ingredients and preparations. The Chaufa Completo, $25, features jasmine rice, chicken prepared in a Chinese char siu style, shrimp and sweet Chinese sausage.

The restaurant also features a prominent, sleek bar, which specializes in creating drinks from the native Peruvian liquor pisco. Pesaque’s family owns the Pisco 1615 distillery in Peru, and Pesaque is also an expert on creating unique pisco infusions, such as lemon grass, purple corn and jasmine tea.

Pisco appears in a number of cocktails, from pisco sours to machacados. The watermelon–basil machacado, $13, is refreshing, herbal and not overly sweet, ideal for a hot summer day.

If Raymi is any indication, Peruvian food is the next Latin cuisine to storm the U.S. Pesaque said in a release: “We’re going to make [Raymi] the embassy of Peruvian food in New York.”

Restaurants see virtual brands as revenue-generating lifeline. But is it franchising?
Sep 01, 2021