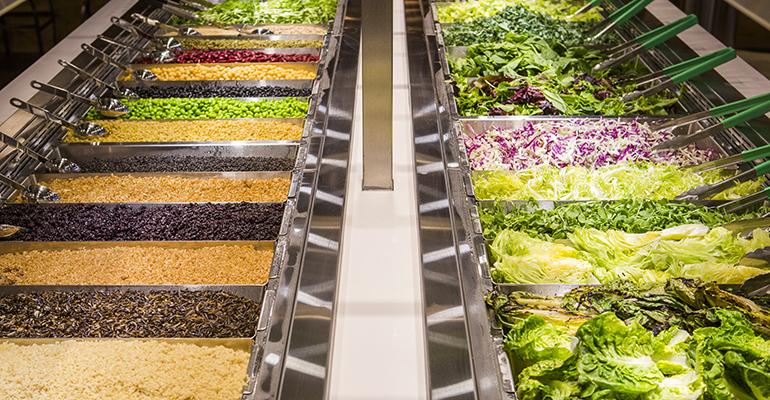 The return of the salad bar

Now with premium, on-trend ingredients, the ever-customizable approach strikes a chord with the younger crowd

Salad bars first appeared in the mass market over five decades ago. Popularized by emerging casual-dining chains like Steak & Ale and Ruby Tuesday, the colorful array of produce signaled freshness, choice and abundance to their young Baby-Boomer patrons. While they proliferated throughout the latter part of the last century, salad bars were ultimately outmatched by trendier alternatives, notably the entrée salad, an innovation that originated in California and quickly took the rest of the country by storm.

The dynamic was similar in quick service, where Wendy’s, which was the first major chain to embrace the bar, launched its version in 1979 and pulled the plug in 1997. Reporting on the brand’s successful signature entrée salad program a few years back, USA Today said Wendy’s still enjoys a halo of health burnished by the bar, while selling three times as much salad as it did in the salad bar’s heyday.

Recently, however, food bars have been undergoing a renaissance, buoyed by Millennials and Gen Zs, generational powerhouses who are newly exposed to its charms and who value its maximal emphasis on choice. The current crop, however, are clearly not their grandfathers’ salad bars.

They go big. When Chicago’s Beatrix Market opened adjacent to the restaurant Beatrix on the city’s Near Northside, it boasted a bar with more than 100 options that included the likes of quinoa and bulgur. Its popularity spawned three additional Beatrix Market locations, all of which are built around large, dramatically staged grab-and-go food bars that feature as many as 150-200 uber- trendy ingredients such as freekeh, millet and red quinoa. The menu rotates weekly and tempts patrons with best sellers like seasonal curry roasted butternut squash with chickpeas or seasonless Buffalo chicken meatballs. 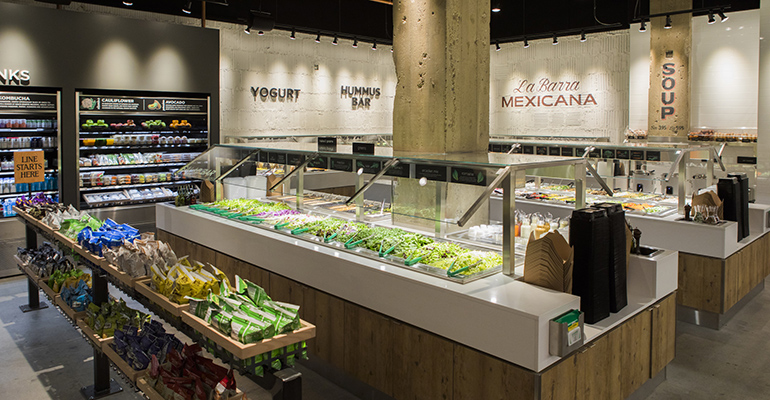 Supermarkets and convenience stores have taken a lettuce leaf from restaurant competitors and bellied up to the bar as well. Whole Foods, for example, stages multiple food bars. In Atlanta locations, these include two expansive salad bars, along with sizeable hot-food bars that cater to specific lifestyles and cravings, like a soul-food bar with skillet-fried chicken, a smoked-foods bar with BBQ Mock Chick’N Nuggets, a comfort-food bar with mac & cheese, an olive-and-condiments bar and a Keto bar for devotees of that diet.

They go small. Other operators take a less-is-more, thematic approach. Garage Bar in Louisville, Ky.’s sizzling hot East Market District creates The Ham and Cheese Bar with a selection of country hams and local cheeses. In Portland, Maine, Scratch Bakery Co.’s offshoot Toast Bar tempts with an array of upmarket toppings like Casco Bay Butter and Myrt’s Pimento Cheese to slather on toasted bread or bagels. There are also specialty toasts, like the Toastacado made with avocado, lemon, sea salt and spiced pumpkin seeds, and true aficionados can take a mix-and-match toast flight comprised of three breads and three spreads. 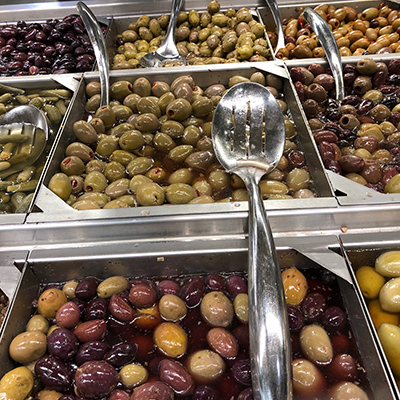 Beatrix Markets have it both ways: In addition to their expansive food bars, they offer more focused coffee-and-pastry bars that are destinations for morning commuters and are also available at Beatrix, the operations’ full-service sibling.

They go hands-on. The most prominent contemporary offspring of the conventional salad bar are the fast-casual salad chains that offer a savvy selection of composed salad specials along with a very broad range of do-it-yourself ingredients. The distinguishing feature of these new-age salad meisters is the presence of the salad makers who create the dish to the diner’s specifications. They add an element of service, professionalism and hospitality, while helping to mitigate hygiene concerns that were the bugaboo of salad bars of the past. 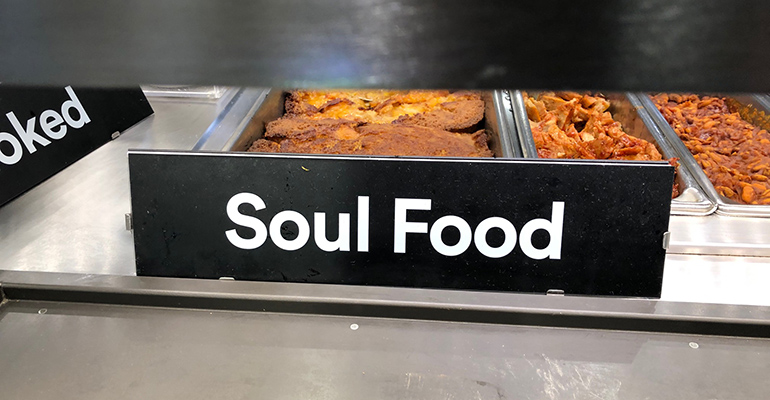 This winning combination has propelled players like Sweetgreen into national prominence. The fast-casual salad pioneer now has more than 100 restaurants from coast to coast, including Sweetgreen Outposts that function as company cafeterias servicing WeWork’s shared-office-space locations. Their food formula includes seasonal offerings like the current Winter Squash and Blue Cheese Salad, an established list of composed items like the Spicy Thai Salad that takes its name from spicy sunflower seeds and spicy cashew dressing, and bushels of have-it-your-way ingredients that proffer premium toppings like local goat cheese and roasted sesame tofu. 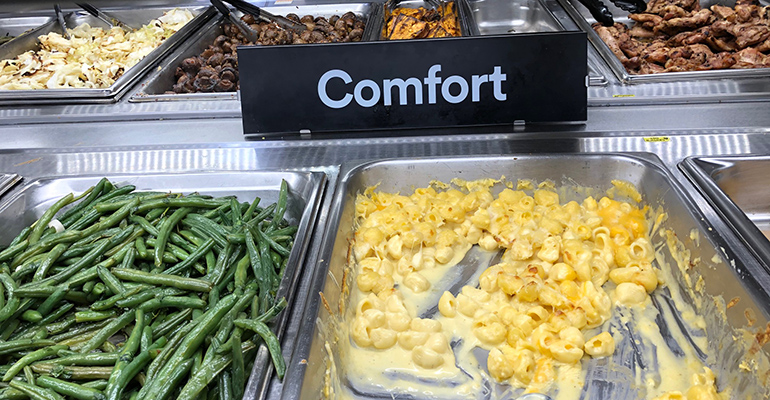 Looking ahead, as long as customers crave customization and operators seek savings on costly labor, variations on the food-bar theme will multiply. Consumers regularly design their own doughnuts, garnish their own bloody Marys and top off their tacos to taste. And in an especially innovative take at the New York City outlet of Belcampo, a California-based group of butcheries-cum-restaurants, customers are confronted with a wall of four self-serve spigots that dispense a variety of restorative bone broths including lamb and poultry.