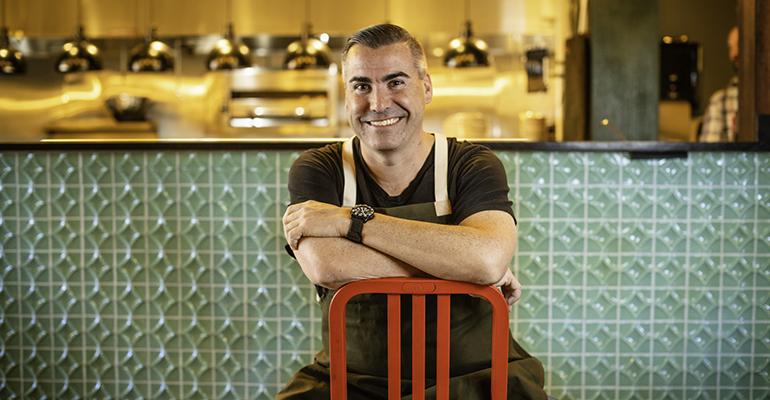 The 14-unit chain’s menu development had been under the direction of celebrity chef Hugh Acheson, who also owns and operates two restaurants in Athens, Ga., and three in Atlanta.

Feeley’s formative years were spent at the Hillstone Restaurant Group, operator of the Houston’s and Hillstone concepts, where he worked for more than a decade in various roles, including executive chef and vice president. He also was vice president of culinary and kitchen innovation for BJ’s Restaurants and was on the opening team of Wolfgang Puck’s restaurants in Denver.

Additionally, he was part of the opening team of Farmstead Restaurant and Long Meadow Ranch in St. Helena, Calif.

Most recently, Feeley was founder and CEO of his own company, SF Hospitality and Consulting.

“Sheamus’s extensive experience at Hillstone, one of the most beloved and respected restaurant concepts in America, combined with his innovative culinary approach at Farmstead and high-volume, high-quality execution at BJ’s will play a pivotal role as we continue to expand throughout the country,” Thompson said in a statement.

“We never stop evolving and changing,” he added. “Having Sheamus on our leadership team enables the company to continue to aggressively develop and continuously improve our company and beverage programs during this exciting time for our growing company.”

It also received a “significant investment” from L-Catterton in June of 2017.

“CrowdOut has been a great partner and has helped us grow to meet consumer demand for more locations,” Punch Bowl Social chief financial officer and principal Robert Cornog Jr. said in a statement. “CrowdOut provided the flexibility and efficiency we wanted because the CrowdOut loan was structured in a manner that provided the right capital, at the right terms and at the right time,” he added, without providing further detail.

The chain’s management said earlier this year that it planned to expand to 25 locations by the end of 2019, using its existing 25,000-square-foot format as well as a smaller 12,500-square-foot option that it hopes to debut in the Texas cities of Dallas and Fort Worth next year.