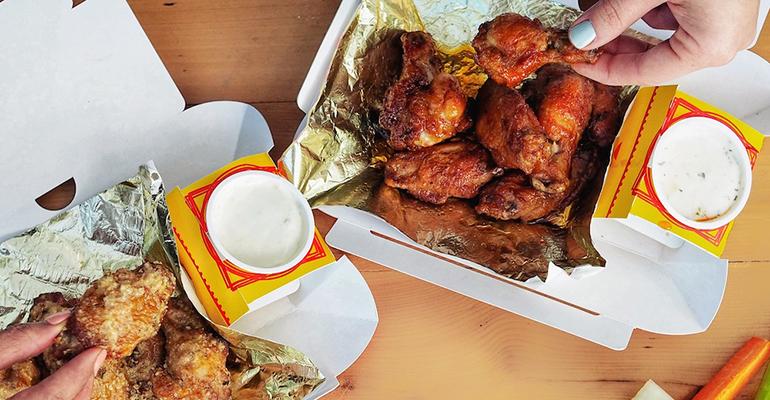 Industry veteran Robert Earl — the founder of Planet Hollywood and whose Earl Enterprises portfolio includes chains like Buca di Beppo and Earl of Sandwich — is building a growing army of delivery-only restaurants across the country.

“Food delivery has quickly become an everyday occurrence for many people, so I created Wing Squad as part of my Virtual Dining Concepts network,” said Earl in a statement. “Wing Squad will be delivery only, which allows us to launch from a wide range of locations. With this business model, the sky is the limit.”

In Los Angeles, an order of wings was listed at $7.99 on both DoorDash and Postmates. The address listed for one Wing Squad location indicated the wings were being prepared in a Buca di Beppo.

Wing Squad is one of nine concepts operated by Virtual Dining Concepts — all for delivery only — though some are listed on the website as “coming soon.”

Coming soon is The Morning Roll, which appears to be a breakfast concept, and Pot Pie Heaven.

Virtual Dining Concepts bills itself as offering services to help restaurant operators capitalize on the delivery trend and launch virtual brands. The company, for example, will help with brand development, creating a website and other marketing, online ordering and efforts to build awareness.

Earl was not immediately available to offer further detail.

The Orlando-based Earl Enterprises portfolio includes more than 200 restaurants, including the Bertucci’s chain, in addition to Buca di Beppo and Earl of Sandwich.

In 2018, Earl also partnered with celebrity chef Guy Fieri to launch Chicken Guy!, which has two brick-and-mortar locations and two stadium outlets, according to its website.

The bar is the star at new Planet Hollywood concept
Mar 15, 2012