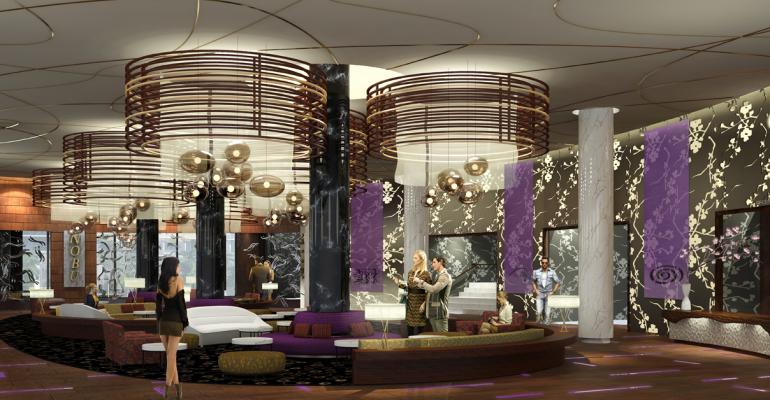 Nobu is opening a hotel. Can other operators follow his lead?

Soon there’ll be a hotel in Las Vegas where guests can send back their entree to the hotel’s namesake and tell him to cook it some more. Try that at the Trump.

With the announcement that chef Nobu Matsuhisa will soon be opening a Nobu-branded hotel at Caesars Palace in Las Vegas, we’re getting a clearer picture of the value a celebrity chef can bring to the hotel and resort industry. The lesson from Nobu: Chefs and restaurateurs aren’t limited to being employees of the hotel or leasing restaurant space from it. Think about being an owner.

Granted, Nobu has 24 restaurants around the world and is a well-known and respected figure. But he’s not TV-famous, either, so in a way it’s surprising that Caesars believes he has the drawing power to fill 180 guestrooms a night. That’s the capacity of the new Nobu Hotel at Caesars Palace.

It helps that Nobu’s longtime business partner, actor Robert De Niro, is on board. But it’s Nobu’s name that is going on the building, which will also house a 327-seat Nobu restaurant and lounge. Matsuhisa already has one restaurant in Las Vegas, located inside the Hard Rock Hotel. This new one will be billed as his Vegas “flagship.”

The Nobu Hotel is going into a part of Caesars formerly known as Centurion Tower. The space is currently being renovated to accommodate what Caesars is calling a hotel-within-a-hotel concept.

It’s good for Nobu that this tower is already built. Chef Charlie Palmer announced plans for a 35-story Charlie Palmer Hotel in Las Vegas back in 2006 during the height of the real estate boom. The project never broke ground, but we love what Palmer told Forbes at the time:

"For the last 10 years, I've been a player in the development of Las Vegas," Palmer said. "Real-estate developers and hoteliers have come to me to enhance their properties with a great restaurant that will increase visibility and values. Developers have said to me that what I provide will help them bring in "X" dollars more per square foot. At some point, we need to be the developer."

Nobu for one got Palmer’s message. He has big plans for leveraging his restaurant brand into the hotel business.

“Over the years, we have been fortunate to travel the world over, which has deeply influenced our lives and fueled our careers as artists,” Nobu says on his website. “For over 16 years, we have successfully drawn from these travels, inspiring us to create unique and dynamic Nobu restaurant experiences around the globe. The theatrical allure of the restaurants has built a strong following of vibrant international customers, celebrities, tastemakers and powerbrokers.

“Our vision has extended to Nobu Hotels and Residences, which are built on the same key principles as our restaurants—the unique chemistry and perfect balance of luxury, fun, craft and theater. This new luxury collection will span across the same geographic footprint as our restaurants have done providing the ultimate in style and entertainment.”

The Nobu team has the development skills to make this dream happen, as they’ve proven by creating a string of Nobu restaurants around the globe. They’ve lined up frequent collaborator David Rockwell and the Rockwell Group to handle the design of the first Nobu Hotel, so we can assume it’s going to be a visual knockout.

Now let’s hope some other chefs and restaurateurs get in on the action. If a hotel developer approaches you about putting a restaurant into his or her company’s new space or using it to breathe new life into an existing hotel property, don’t say yes right away. See if there’s an ownership deal that might be struck. Even if the hotel developer turns you down, you’ve given him something to think about for his next project.

Nobu is proving that chefs and restaurateurs have more leverage than they think. Use it.