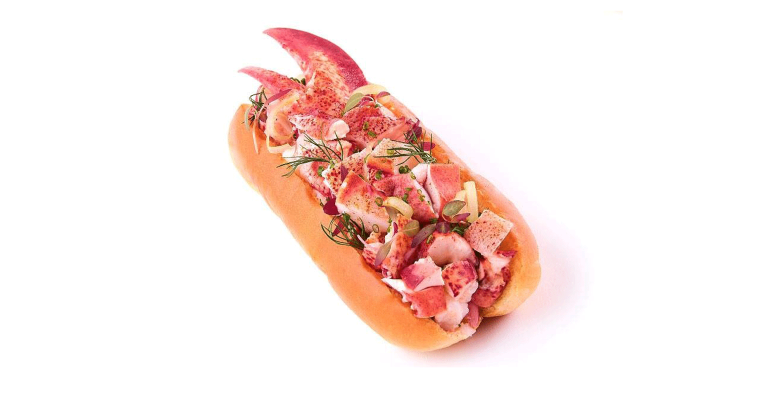 Doug Alexander is banking on the demand for what he describes as a relatively affordable “intelligent indulgence:” the $18 lobster roll.

The menu touts fresh, sustainable seafood, including its signature lobster roll sandwich and variations, including rolls with shrimp, diced tuna and various combinations, for about $15 to $18. Soups and salads are about $15 to $16.

Alexander, who was formerly director of operations at Joe and Lidia Bastianich Restaurant Group and Tavern on the Green, launched Lobster GoGo as the first brand operated by his newly created Imagine Culinary Concepts restaurant group.

“You almost feel intoxicated by many great seafood meals,” Alexander said. “You say, ‘Wow! Look at the amount of meat! I can’t believe the size of this claw!’ And then you look at the bill and think, ‘Well, I can never come back again.’ Well, we don’t want to do that.”

Alexander said he is specifically targeting people who want to grab lunch and go, either by ordering at the counter or through their mobile app. The 400-square-foot restaurant has no seating.

And Alexander said he plans on keeping Lobster GoGo’s prices reasonable to appeal to lunchtime guests.

“Right now, we’re topping out at $18,” Alexander said. “I really wanted to create a lobster roll that’s within most people’s price points.”

This is not to say that Lobster GoGo has to sacrifice quality to keep the menu a little more affordable. Alexander said it took a long time to sniff out the best lobster purveyor. They eventually went with Maine’s Inland Seafood.

The culinary team, he said — led by culinary manager Robert Polidore — went through a lot of trial and error to create the best lobster roll recipe that wasn’t overwhelmed by copious amounts of mayo or “tasted like cold seawater.”

Alexander also scoffed at the idea that the brand would ever consider using langoustine, a cheaper lobster alternative.

“The last thing I want to do is serve fake food,” Alexander said. “Even if people don’t know the difference, I will. If we’re serving lobster, it’s going to be lobster.” 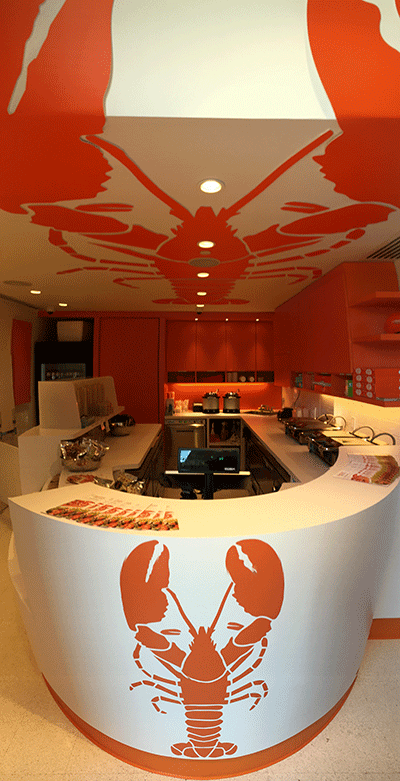 But serving high-quality lobster while keeping prices down does have its challenges, especially when many of Lobster GoGo’s competitors are serving lobster rolls at $24 to $26, price points that more accurately reflect wholesale lobster prices.

“There’s not a tremendous amount of profit in this,” Alexander said. “Typically, lobster prices go up, not down. So we’ll be making our money from soups and stews. […] We can be successful in other ways than just monetarily.”

Lobster GoGo, however, will likely see direct competition from New York-based Luke’s Lobster — a chain founded in 2009 with roughly 28 units in the U.S. and another 14 in Asia —known for its $17 lobster roll. In fact, Luke’s recently lowered its prices to $16 at all U.S. locations in September.

“Our ownership of our whole supply chain, from the lobster docks through our seafood company to our shacks, allows us to remove middlemen, prepare our seafood to perfection, and get it onto our guests’ plates at an amazing value without ever cutting a corner,” a Luke’s Lobster representative said.

But Alexander said the draw of Lobster GoGo doesn’t end at mid-range prices and to-go convenience. He also emphasized the brand’s focus on sustainability, with produce raised in urban greenhouse farms by New York City-based Gotham Greens, and a commitment to using mainly recycled materials for packaging and even inside Lobster GoGo itself.

“We try to be friendly to the Earth and our environment and would continue to do that in every location,” Alexander said.

Alexander is projecting Lobster GoGo will pull in $1 million to $2 million in sales during its first year.

Imagine Culinary Concepts plans to grow the brand in five to 10 more cities, specifically in places where the lobster roll market is less competitive like, Dallas, Los Angeles, and Washington, D.C., he said. In total, Alexander hopes to open 50 to 100 more Lobster GoGo locations over the next five to six years.

Lobster GoGo is initially being funded by an unnamed investor with Wailian Group, a consulting service for Chinese investors based in Vancouver, Canada.  Alexander, however, declined to comment further on her fiscal contribution.