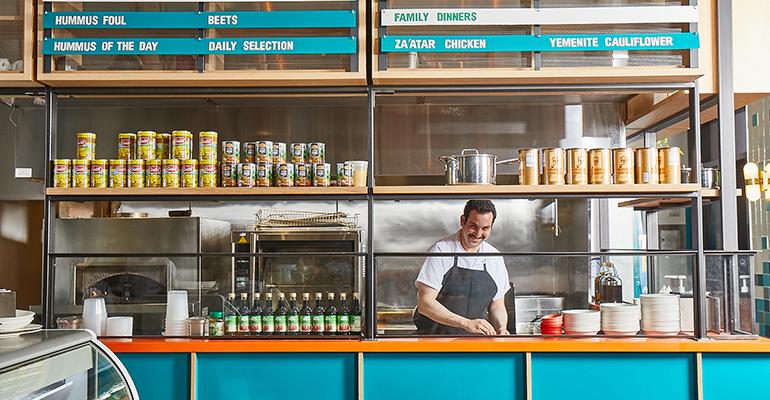 Named for the Hebrew word for “center,” Merkaz is an all-day concept featuring Israeli-style breakfast and coffee in the morning and made-to-order pita sandwiches, with hummus and salatim (cooked vegetable salads) from 11 a.m. to around 7 p.m., along with Israeli “gazoz” soft drinks.

Solomonov is known for his high-end Israeli concept Zahav, which has won multiple James Beard awards, and the group has grown its more-casual concepts, including the hummusiya  Dizengoff; the Ashkenazi Jewish cuisine of Abe Fisher; and the falafel shop Goldie. Earlier this year, the group opened the bakery and café K’Far.

Here’s a look at Merkaz.