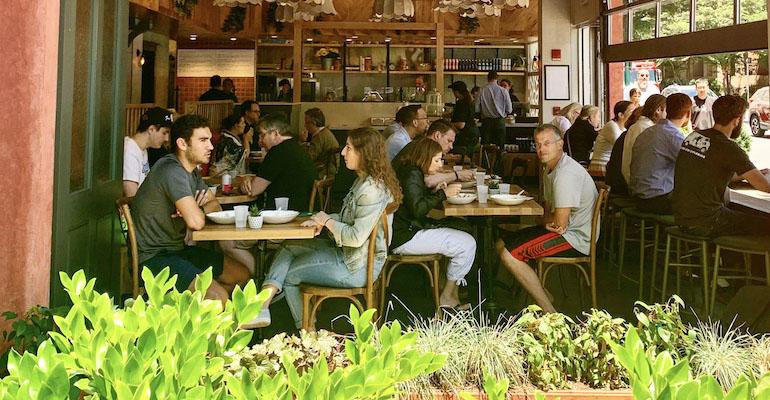 Michael Schlow to multiply Alta Strada, Prima and The Riggsby

It will be a year of growth for James Beard Award-winning chef and restaurateur Michael Schlow, who is expanding his restaurant portfolio in both Boston and the Washington, D.C. area.

Schlow in March is bringing his Italian concept Alta Strada to Boston’s Logan International Airport, where he already operates the “stand-up taqueria” Tico.

Related: San Francisco’s China Live is coming to Seattle and 4 more food halls open or in the works

In April, the chef is also launching the fast-casual Sauce Burger in The Hub, a 25,000-square-foot food hall in Boston operated by Patina Restaurant Group that is opening in phases this winter. Sauce Burger is a partnership with Schlow’s brother-in-law Spiro Papadopoulos, who owns Sauce Wings and Burgers in Andover, Mass. 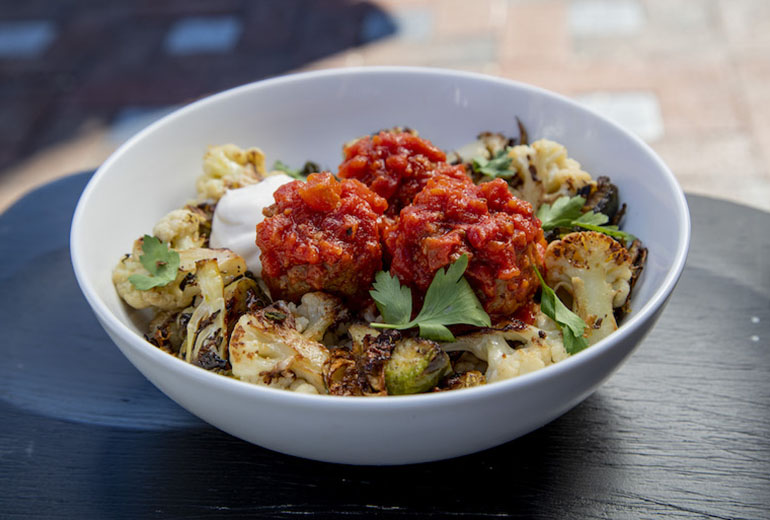 And in the D.C. area, where Schlow operates the bulk of his concepts, including Alta Strada, The Riggsby, Nama and Casolare, Schlow is getting ready to grow his fast-casual Prima concept, which opened last year in the D.C. suburb of Bethesda, Md.

Prima was originally a chef-driven bowl concept — like an Italian version of Cava — but he said he has repositioned the restaurant a bit, adding more hot foods and changing the tagline from “fresh, healthy Italian” to “eat better.”

“It’s about starting with a concept you believe in, and then being nimble and making adjustments and changes based on guest feedback,” said Schlow, who was named Best Chef: Northwest by the James Beard Foundation in 2000.

Italian food tends to get pigeonholed as pizza or pasta, he said. “People were walking in and asking for cauliflower pizza crust or pasta with vegetables. But we don’t really serve pasta or pizza.” 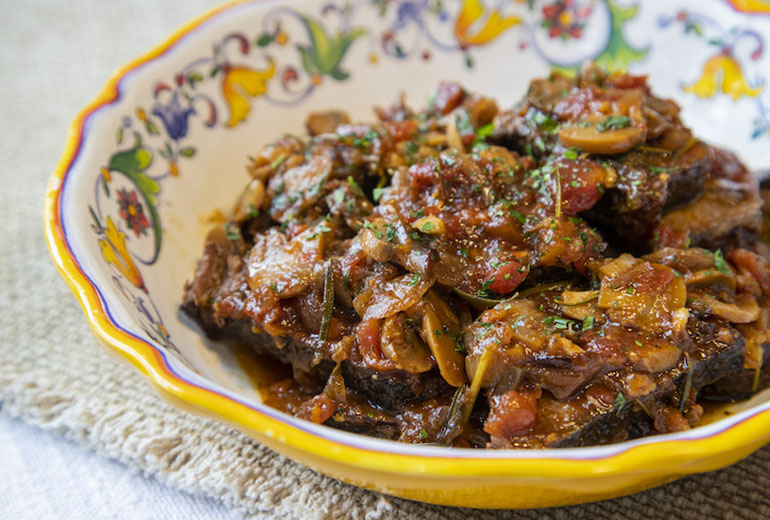 Among Prima’s $12 Chef’s Pick bowls, for example, mains might be Tuscan braised beef, grilled eggplant parmesan or roasted salmon with quinoa. Guests can build their own bowls pairing mains with three hot or cold side dishes, such as spicy chickpeas with Calabrian chilies, sweet potatoes cacio e pepe-style, or roasted cauliflower with rosemary.

The new-and-improved Prima has been embraced and Schlow is looking for location No. 2 in the D.C. area.

“I owe a huge thanks to Danny Meyer [founder of Union Square Hospitality Group in New York] who met with me before the opening and he gave me some lessons learned,” said Schlow. “He said whatever you have today, don’t be so wedded to it that you’re not willing to change. What you end up with will be a little different and you have to be open to that change.”

This year, Schlow also plans to add a second location of The Riggsby, a timeless, “old-school-Continental” concept with a location in Washington, D.C.’s Dupont Circle. Schlow said he plans to bring The Riggsby to Bethesda, where he will take over a spot once held by Mike Isabella’s Kapnos restaurant.

Meanwhile, Schlow exited from the restaurant Zao Jun in Detroit, which partners took over and took in another direction.

Once the second Riggsby location opens, Schlow will own, operate or license 15 restaurants.

“That’s something I wouldn’t have imagined would happen, but it gives people the opportunity to grow and take on new positions and leadership,” Schlow said. “And if the question is, ‘Are we still having fun?’ The answer is yes.”