The 7-unit fast-casual restaurant chain that offers personalized macaroni-and-cheese bowls, grilled cheese, and salads first announced franchising in 2017 but did not sign the 23-unit New franchising deal in New York until March 2019. Approximately 35 I heart Mac & Cheese restaurants are scheduled to open over the next two years, including three New York locations later in 2019. I Heart Mac & Cheese CEO and chairman Stephen Giordanella plans to sell 100 franchises by the end of 2019.

This Hawaiian farm-to-table, fast-casual concept is coming to the mainland. With two locations in Kihei and Kahului, and one that just opened in Orange County, Calif., Fork & Salad Maui is scouting out franchisees in the top 40 media markets, particularly in Southern and Northern California, Utah, Arizona, Colorado, Florida, Texas and the Carolinas.

While the three-year-old brand — which is known for build-your-own salads, sandwiches and grain bowls for an average check of $14 to $16 per person — has not announced specific franchise deals yet. Fork & Salad has appointed a director of franchise development and has openings planned in the Huntington Beach, Newport Beach, Laguna Beach, Costa Mesa, Irvine and Anaheim areas. Fork & Salad also aims to open 20 corporate stores over the next decade.

The California-based, build-your-own fast-casual concept Burger Boss announced franchising in May. The “better-for-you” burger concept — which currently has five locations — touts grass-fed beef, along with vegan and gluten-free options.

“We felt the time was right to expand our concept,” Farha said in a statement.  “It’s important that as we begin to franchise that our potential franchisees have the same passion for quality and healthy options over quantity, as it’s what sets us apart from our competition.”

Although the company has not yet signed any franchise agreements, Burger Boss is considering markets in the Pacific Northwest, including California, Arizona, Colorado, Oregon, Washington and Utah.

Jon Taffer, who is widely known as the host of the reality TV show “Bar Rescue”, is opening his own concept to be called Taffer’s Tavern  in the summer of 2020. Although the exact location has not been revealed yet, Taffer has already announced franchising goals for the technology-forward, casual-dining concept.

Working with Fransmart, Taffer is designing the concept to be beverage focused, offering elevated bar fare (including sous vide cooking) across the country. Taffer and Fransmart will be focusing on Las Vegas, Washington, D.C. and other similar metro areas.

“Our vision is to create exciting, first-rate menu items in a setting that doesn’t require a traditional range hood and ventilation system, which allows for tremendous versatility in scouting preferred locations and streamlining restaurant operations,” Taffer said in a statement.

Taffer is in the process of identifying celebrity chef partners to work with on the project.

The Original Hot Dog Factory is known for its diverse selections of regional hot dog varieties, with menu creations like the Detroit Coney topped with chili and shredded cheese, and the Italian Dog made with Italian sausage, peppers and onions.

Currently with two locations and a food truck, the Georgia-based fast-casual eatery recently announced franchising goals to grow the brand across the Southeast. Founder/owner Dennis McKinley has signed franchise agreements to open locations in Detroit, Atlanta, Raleigh, and Houston, with a goal of opening 20 units by the end of 2020. McKinley is particularly interested in expanding in the Texas and Michigan markets.

The average check at The Original Hot Dog Factory is $8, and the average unit size is 1,200-square feet.

After opening up a target goal of 15 to 20 locations in the Colorado area by 2021, they plan on branching out to Texas, Arizona, Utah, and the West Coast. Franchise contracts will be available on Sept. 1. 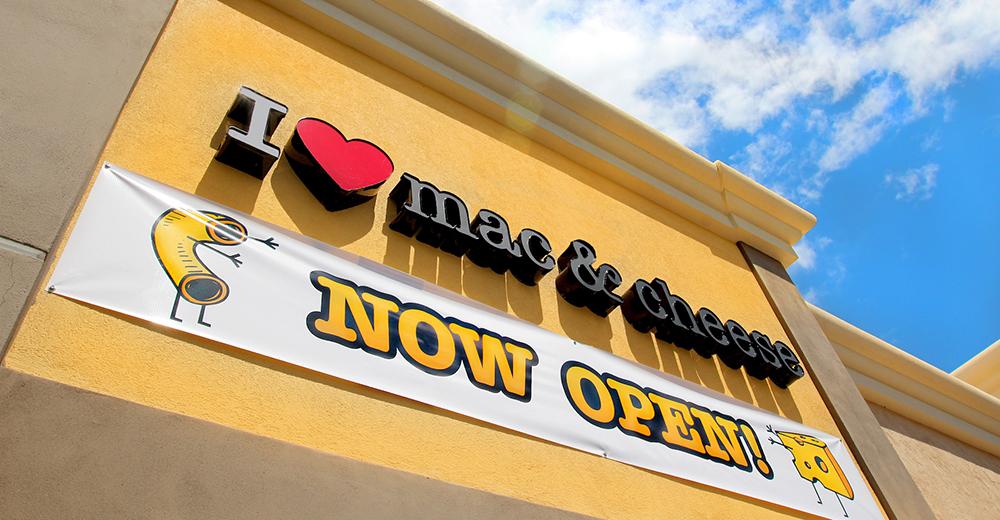 Next Up
Philadelphia restaurant group leans into the word of the year — pivot — launching new concept Pivot Coffee and Soupery, complete with outdoor igloos for the winter opening
Start Slideshow ›