The historic Ann Arbor building once housed a printing press, and the name comes from that. Vellum is a word used for parchment, often made from calfskin. It was used for high quality books and manuscripts hundreds of years ago, and Peter Roumanis liked the sound of the word and the connection to the past.

Roumanis doesn’t want Vellum viewed as two restaurants, but he does hope guests know they can sit at the bar and enjoy a burger and a beer, or opt for the occasional tasting menu and more discreet service if they choose.

Some of the dishes from Roumanis and executive chef Jeffery Sartor make it clear the two have plenty of training. Sartor is a CIA Hyde Park grad and Roumanis spent six months in the kitchen at Taillevent in Paris under Jean-Claude Vrinat—“chopping vegetables, making gnocchi, sorting the refrigerator and doing what you’d expect any 16-year-old apprentice to do,” he says.

Although the presentation can look formal, Roumanis doesn’t believe Vellum is too upscale for Ann Arbor. There are no white tablecloths, he notes, and the servers wear jeans.

Roumanis works on a dish during a Wednesday workshop, a showcase offering the staff a chance to present a new idea, dish or drink. It has evolved every other week into a Chopped-style cooking competition with cooks from other restaurants. 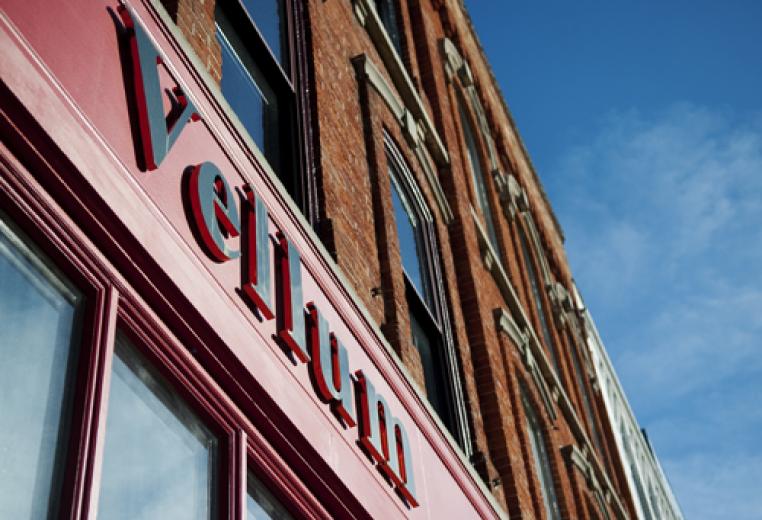