Shai, like Universal Taco and Galinha, is a delivery-only concept from Becker and is focused on Israeli cuisine. Above is the concept’s chicken shawarma but other entrees include falafel, chickpea stew and more.

The original iteration of Shai opened in Philadelphia in November, along with Brooklyn Square pizza concept Belly Cassanova. These two virtual concepts joined the growing virtual brand movement in Philadelphia that saw three concepts from Chef Jose Garces and a virtual food hall called The Commons.

Becker’s experience with concepts like The Little Beet helped menu development at Shai, where the dishes are mainly vegetarian and vegan with a few exceptions. Middle Eastern sides like pita and hummus (pictured) can be found on the menu as well.

Entrees at Galinha include a full and half chicken along with a whole or half rack of pork ribs.

This traditional Portuguese sausage called Portuguese Chouriço is also one of the featured entrees and is sold for $12.

Aside from the entrees, combination platters are available and offer a choice between any of the main entrees in a full or half order, along with potatoes and rice and beans. There is also an option to get a platter of every protein at once with available sides.

Classics like rice and beans (above) are a staple on the side-dish menu here.

There is a wide selection of vegetarian tacos at Universal Taco like this Roasted Cauliflower option with Floyd's Kashmiri Masala, Date Chutney and Yogurt that borrows flavors from Indian cuisine.

Another global vegetarian taco — this time on a flour tortilla — is this moo shu taco which draws flavors from Asian cuisine and is tofu with cabbage, egg, wood ear mushrooms and plum sauce.

Other Asian-inspired tacos include the Peking duck flour tortilla taco.

Former “Top Chef” contestant Chris Scott closed his restaurant Butterfunk in Brooklyn in late 2019 when rents rose.  He spent 2020 writing his new cookbook and prepping for his latest concept with friend Becker. The virtual version of his concept is called Butterfunk Biscuits.

Scott himself cooks every day at the ghost kitchen location and will eventually go back and forth between the brick-and-mortar location in Harlem and the Soho virtual brand’s kitchens.

The menu is built around made-from-scratch biscuits with a variety of toppings. The classic fried chicken biscuit with gravy is an option as is a smoked salmon biscuit with all the traditional toppings on a bagel with lox.

Along with the biscuit and chicken sandwiches, the menu features interesting side dishes like the above Kool Aid Pickles. 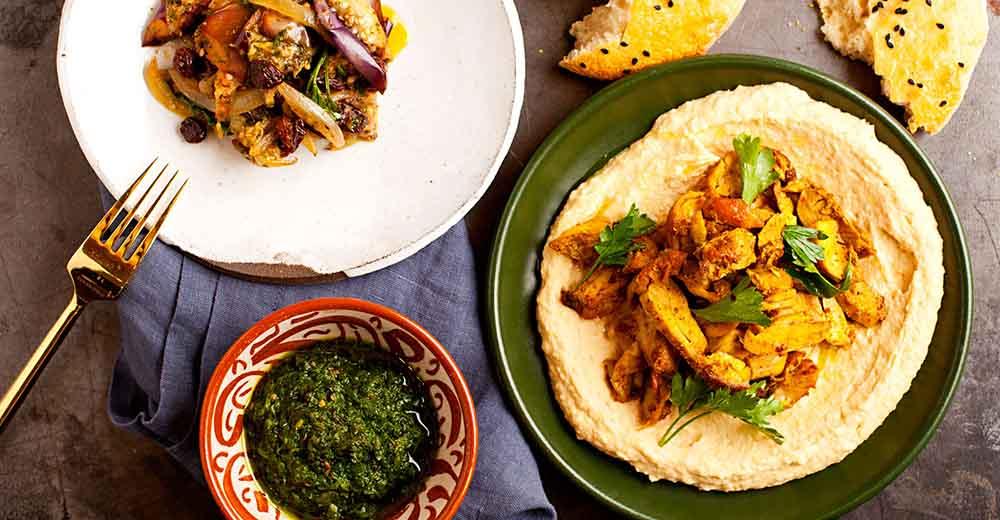