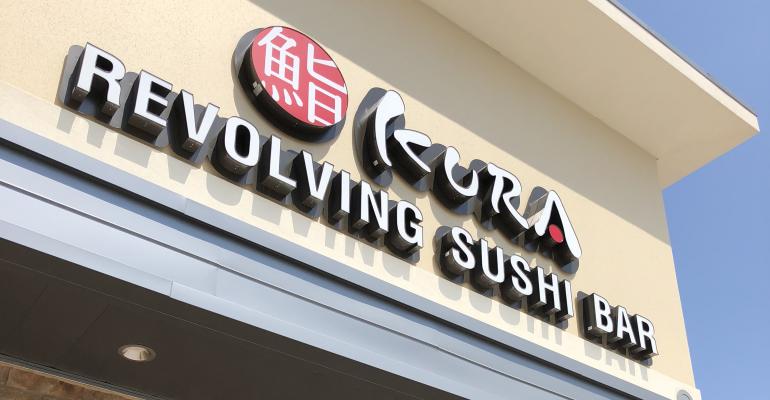 Kura Sushi USA Inc., the 21-unit subsidiary of Kura Japan, intends to raise $57.5 million in a public offering for the technologically savvy brand, the company announced last week in a federal filing.

The Irvine, Calif.-based subsidiary, established in 2008, uses revolving-sushi technology developed for the parent brand, which has more than 400 restaurants. The first restaurant opened in Japan in 1984.

The U.S. division opened three restaurants in 2017 and four in 2018. As of May 31, the company had opened four of its five planned locations.

The company said its “real estate strategy focuses on high-traffic retail centers in markets with a diverse population and above-average household income.” Units range from 1,600- to 5,600-square feet and can fit into both in-line and end-cap locations at strip malls and shopping centers.

Here’s a look inside the Kura Sushi opened last year in Frisco, Texas.

All photos courtesy of Ron Ruggless.